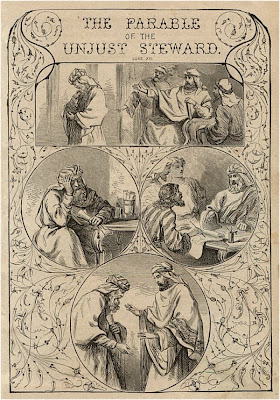 Alberto R. Gonzales, like many others recently unemployed, has discovered how difficult it can be to find a new job. Mr. Gonzales, the former attorney general, who was forced to resign last year, has been unable to interest law firms in adding his name to their roster, Washington lawyers and his associates said in recent interviews.

He has, through friends, put out inquiries, they said, and has not found any takers. What makes Mr. Gonzales’s case extraordinary is that former attorneys general, the government’s chief lawyer, are typically highly sought.

A longtime loyalist to George W. Bush dating to their years together in Texas, Mr. Gonzales was once widely viewed as a strong candidate to be the first Hispanic-American nominated one day to the Supreme Court. A graduate of Harvard Law School, he carried an impressive personal story as the child of poor Mexican immigrants.

Despite those credentials, he left office last August with a frayed reputation over his role in the dismissal of several federal prosecutors and the truthfulness of his testimony about a secret eavesdropping program. He has had no full-time job since his resignation, and his principal income has come from giving a handful of talks at colleges and before private business groups.

The greatest impediment to Mr. Gonzales’s being offered the kind of high-salary job being snagged these days by lesser Justice Department officials, many lawyers agree, is his performance during his last few months in office. In that period, he was openly criticized by lawmakers for being untruthful in his sworn testimony. His conduct is being investigated by the Office of the Inspector General of the Justice Department, which could recommend actions from exonerating him to recommending criminal charges. Friends set up a fund to help pay his legal bills.

...
While he has not taken any full-time job, friends said he was probably receiving as much income from speaking engagements as he did as attorney general with its annual salary of more than $191,000. Places like Washington University in St. Louis, Ohio State University and the University of Florida have paid him about $30,000 plus expenses for appearances, and the business groups pay a bit more, said sources at the schools and elsewhere who are familiar with the arrangements. Pomona College debated inviting him and decided he was not worth the money, the college newspaper reported.

There was this rich man whose manager had been accused of squandering his master’s property. He called him in and said, ‘What’s this I hear about you? Let’s have an audit of your management, because your job is being terminated.”
Then the manager said to himself, “What am I going to do? My master is firing me. I’m not strong enough to dig ditches and I’m ashamed to beg. I’ve got it! I know what I’ll do so doors will open for men when I’m removed from management.”
So he called in each of his master’s debtors. He said to the first, “How much do you owe my master?”

And he said to him, “Here is your invoice; sit down right now and make it two hundred and fifty.”

Then he said to another, “And how much do you owe?”

He said, “A thousand bushels of wheat.”

He says to him, “Here is your invoice; make it eight hundred.”

The master praised the dishonest manager because he had acted shrewdly; for the children of this world exhibit better sense in dealing with their own kind than do the children of light.

I tell you, make use of your ill-gotten gain to make friends for yourselves, so that when the bottom falls out they are there to welcome you into eternal dwelling places.—Luke 16:1-9 (SV)

Go, thou, and do likewise.