“I know that you believe you understand.... 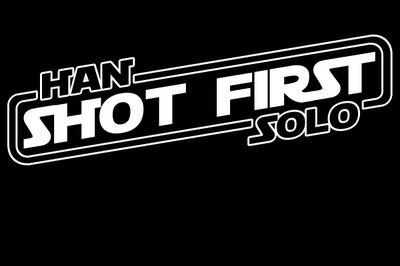 "....what you think I said, but I'm not sure you realize that what you heard is not what I meant.”--Robert McCloskey

Comparisons are being made between the Rev. Jeremiah Wright and Pastor John Hagee, some of them really stupid. But one comparison is not being made, and it should be:

The Rev. Jeremiah Wright never repudiated what he said from the pulpit. He explained it, but he never apologized for it, and he never backed away from it.

Rev. Hagee, on the other hand, has been back-pedaling like a circus star:

Just last week, Hagee sought to put the matter to rest by issuing a letter expressing regret for "any comments that Catholics have found hurtful." McCain called the apology laudable.

But confronted with Hagee's sermons about Hitler and Israel, McCain apparently had enough. He called Hagee's comments "crazy and unacceptable" and repudiated the endorsement.

Hagee on Friday said he in no way condones the Holocaust or "that monster Adolf Hitler."

"I have devoted most of my adult life to ensuring that there will never be a second Holocaust," said Hagee, who did not take questions from reporters.

Hagee left it to Rabbi Aryeh Scheinberg of Congregation Rodfei Shalom, a modern Orthodox synagogue in San Antonio, to provide an explanation of his offending comments.

Standing with Hagee at the news conference, Scheinberg called it "ironic and absurd" that Hagee's words were twisted and labeled anti-Semitic when Hagee was lecturing on one Jewish perspective of the Holocaust.

"Pastor interpreted a Biblical verse in a way not very different from several legitimate Jewish authorities," Scheinberg said. "Viewing Hitler as acting completely outside of God's plan is to suggest that God was powerless to stop the Holocaust, a position quite unacceptable to any religious Jew or Christian."

I find relying on a rabbi to explain your remarks in a sermon a bit odd, but we'll come back to that. There was also this:

Interviewed by Deborah Solomon, Hagee refused to discuss his statement that Hurricane Katrina was God's punishment for a gay rights parade in New Orleans, calling it "so far off-base." He claims, "Our church is not hard against the gay people. Our church teaches what the bible teaches, that it is not a righteous lifestyle. But of course we must love even sinners."

He also said that charges that he had bashed the Catholic Church ("false cult system," etc.) have been "grossly mischaracterized....I was referring to those Christians who ignore the Gospels."

Funny, he wasn't apologetic when he said it:

Then god sent a hunter. A hunter is someone with a gun and he forces you. Hitler was a hunter. And the Bible says -- Jeremiah writing -- 'They shall hunt them from every mountain and from every hill and from the holes of the rocks,' meaning there's no place to hide. And that might be offensive to some people but don't let your heart be offended. I didn't write it, Jeremiah wrote it. It was the truth and it is the truth. How did it happen? Because God allowed it to happen. Why did it happen? Because God said my top priority for the Jewish people is to get them to come back to the land of Israel."

And it is of a piece with Hagee's theology: that the Jews must return to the "Promised Land" so Armageddon can finally begin, so God can bring an end to the world, and the righteous (i.e., John Hagee and those who believe as he does) can get ring side seats to watch the slaughter (many talk of scripture passages describing horses knee deep in blood on the battlefield. It's probably a reference to the slaughter in Jerusalem in 70 C.E.; but it often sounds as if modern interpreters feel they missed the fun.). Of course, at Armageddon, all the Jews who don't convert to Pastor Hagee's brand of Christianity will die and then burn in hell forever. Somehow I think that is interpreting "a Biblical verse in a way...very different from several legitimate Jewish authorities." And despite Hagee's claim that he merely meant God was involved in the Holocaust, that isn't the import of Hagee's words. Let's go back to them a moment:

Why did it happen? Because God said my top priority for the Jewish people is to get them to come back to the land of Israel."

And why is that God's top priority, a priority that supercedes the life and the horrible sufferings and deaths of millions? Why, so God can bring about the Apocalypse, of course, and give Rev. Hagee and his followers ring side seats at the bloodbath of the unrighteous! I'm sure that's precisely what Jeremiah meant, I'm sure Jeremiah had the book of Revelation in mind (the only book in the canon, and it's the Christian canon, not the Jewish canon that speaks of anything that can ever be interpreted as a battle to end all battles.). I'm sure God's top priority was to let the Jews suffer horribly in the Holocaust, so that they could suffer horribly in battle to end the world, and continue to suffer horribly into eternity. Yeah; no doubt about it.

That kind of theology is Rev. Hagee's bread and butter. It is the reason he has a church of 6000 in San Antonio. It is the reason he is a man to be reckoned with in evangelical circles, and it is because he is a man to be reckoned with that Sen. McCain sought Pastor Hagee's endorsement. Except now he doesn't want the car he chased so avidly; having caught it, he doesn't know what to do with it. And Rev. Hagee understands, and he effectively repudiates what he has said, apologizes for his grotesgue and indefensible reading of history (and no longer defends himself, as he did the first time: "And that might be offensive to some people but don't let your heart be offended. I didn't write it, Jeremiah wrote it. It was the truth and it is the truth."), just as he apologized, sort of, for saying what every Protestant in America of a certain stripe knows: that the Church of Rome is the Biblical Whore of Babylon. I know denominations that make that claim a central part of their identity as a denomination. But Rev. Hagee didn't really mean it because, well, you know....it's embarassing, now.

And yet Rev. Jeremiah Wright never said any such thing. He went to the National Press Club and the NAACP and he said what he thought and he didn't apologize and he defended his most controversial and outrageous statements; and he was vilified for it. And yet Rev. Wright just walked away. He didn't seek another public forum (the Press Club and the NAACP sought him out); he just went on into his retirement.

Maybe that's the difference between Rev. Wright and Pastor Hagee: one is a man of convictions and deep beliefs; and the other is just another opportunist.

No wonder the press has let the Hagee matter go already.