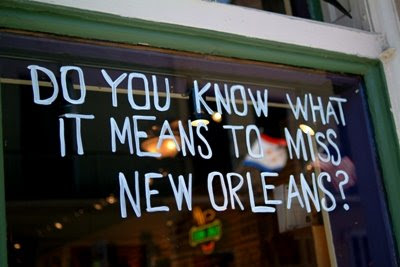 A secretive, militaristic government refusing foreign aid after a natural disaster, and seemingly incapable itself of offering any real aid to its citizens?

Wow. Good thing that would never happen here, huh? And if it did, we wouldn't stand for it! We demand our government be responsive to the needs of its people!

Democracy is a beautiful thing, ain't it?

I went looking for a picture to accompany this, found this entry from a visitor from Trinidad who was in the city a few days ago.

Sometimes a thousand words is worth a picture:

A visit to the city of the dead prepared me for my visit to the 9th Ward where Hurricane Katrina had struck with all of her fury. That expanse of land lay abandoned. No one seemed to care for the people who had lost all of their worldly possessions. A federal government that had spent over 500 billion dollars on a War in Iraq seemed indifferent to victims of Katrina whose belongings (or what was left of them) were strewn all over the place.

The 9th War reminded one of the cities of the dead. Somehow the city of the dead looked as though it were better cared for than the abandoned remains of Ward 9. Maybe only God that can put a hand to assist these abandoned victims of Hurricane Katrina. I hope it does not take too long.

Pray for the people of Myanmar and New Orleans. And remember prayer is action, too.