Eternal Distractions of the Jackdaw Mind 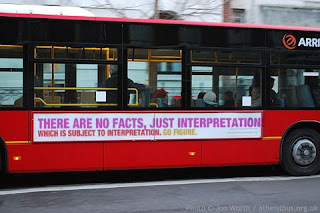 I have the oddest things on my bookshelf:

Lyotard and other theoreticians of postmodernism have neither noticed nor stated, however, that Nietzsche and Heidgegger speak not only from within the modern process of dissolution of the metanarratives but above all from within the biblical tradition. It is not so very absurd to assert that the death of God announced by Nietzsche is, in many ways, the death of Christ on the cross told by the Gospels. Elswhere I have stressed the significance of Dilthey's reconstruction of the history of metaphysics in his Introduction to the Human Sciences (1883). According to Dilthey, it is the advent of Christianity that makes possible the progressive dissolution of metaphysics that, from this perspective, culminates in Kant but that is also Nietzsche's nihilism and Heidegger's end of metaphysics. Christianity introduces into the world the principle of interiority on the basis of which 'objective' reality gradually loses its preponderant weight. What Nietzsche's statement that 'there are no facts, only interpretations' and Heidegger's hermeneutic ontology actually do is to draw the extreme consequences from this principle. So the relationship between modern hermeneutics and the history of Christianity is not limited to the fact that reflections on interpretation has an essential nexus with the reading of biblical texts, as has often been observed. Rather, what I am suggesting here is that hermeneutics--expressed in its most radical form in Nietzsche's statement an in Heidegger's ontology--is the development and maturation of the Christian message.

This puts me more in mind of Kierkegaard and, because of Kierkegaard, Augustine; and that connection (through the "principle of interiority") links both postmodernism and church history more directly than Vattimo does. But still, it's an intriquing thesis:

What is the relationship between hermeneutics as a technique and discipline of interpretation (from Luther's sola scriptura to Schleiermacher and Dilthey) and hermeneutics as a radically 'nihilst' ontology in the sense conveyed by Nietzsche's and Heidegger's assertions? More concretely: What does hermeneutic ontology tell us about the reading and interpretation of biblical texts, about their presence and meaning in the existence of our societies? Can we really argue, as I believe we must, that postmodern nihilism constitutes the actual truth of Christianity?

I'm thinking, too, the soundtrack for this is found over at OCICBW, especially the Kinks link under the blog anthems. It's a mixed up, muddled up, shook up world; and apparently, Christians are responsible for it.

Maybe the Romantics were right; maybe we do always carry the seeds of our own destruction. Or at least what we create is never quite what we intended. No small part of my interest is the place of this in European intellectual history, but also in the fact this essay is from 2005, and Dilthey's work was in the late 19th century, and Nietzsche and Kierkegaard were contemporaries, and it all reaches back to Augustine, and....

At any rate, I've got to read this, and get back with more.