In Which I Take A Lovely, Simple Parable... 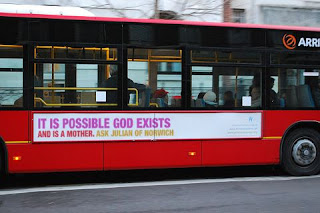 ...and beat it into the ground.

I'm stealing from Street Prophets again, but at least I'm giving them credit.

Stories abound of the gender imbalance at the various Sojourner/Call to Renewal and Tikkun conferences. Boys play with boys to audiences that are overwhelming female. They just don’t get it. They put a few token women on the program at the last moment but keeping the planning close to the leader’s vest. Endlessly long male keynote sermons promoting each other, and excessive pruning and posturing by the alpha males is the new liturgy. It is a wonder women don’t get up, rip off our clothes, and streak down the aisle.

A Match Made in Heaven

And then we get to 2004. Democrats need religion. Progressive religionists need a party. A match made in heaven. But where were the women? Not nonexistent, but few and far between—and not in leadership. Press conferences with four or five men. Sometimes one woman snuck in, usually a nun (less threatening). Yes, a few women broke through—very good women, like Susan Brooks Thistlethwaite and Joan Chittister. They are carefully selected for their geniality, their good humor—because women, unlike men, can’t be too ambitious; they can’t have an agenda.

And there is little evidence that the agenda of the religious center left has been influenced these past five years by religious feminism. If anything, it has moved further and further from feminism as it has gotten greater recognition within the Democratic Party, as it has become, in effect, the state religion. The issue list for center-left religion is anti-Modern: nothing about violence against women, personal freedom, civil liberties—and certainly nothing about reproduction. It treats contraception as the same controversial issue as does the right and its starting point on abortion is that it is sinful and wrong. In fact, it is based on outmoded religious thinking about good and evil. Moreover, one mustn’t offend the Catholic Church or the evangelicals—but nobody gives a hoot about offending women.

Now, I'm familiar with these sentiments, and sympathetic to them, because I learned them, and of them, in seminary. If I never raise them here it's because, well, it's not my bailiwick. I could no more raise and argue feminist theology and biblical interpretation than I could raise issue of black liberation theology. I can agree with them, but it's presumptuous (at least) for me to engage them as if they were my own.

Still, seems to me this is the money quote:

None of this disturbs the Democratic Party, whose leaders have no real commitment to advancing democracy in religion. Religion is another interest group, and centrist interest groups are best for the party. The kind of religion that feminists are trying to build does not help get votes. The Democratic Party and every candidate that wants a religious leader standing next to them wants a religious leader that comes out of central casting: male, preferable with a collar (even if it cuts off oxygen to the brain). No feminist theologians or gay rabbis need apply. No one who is giving the power structure a hard time. Instead we have mutual sanctification of the status quo. Women are shoved out of the bully pulpit just as we began our climb up the steps to the altar.

Pardon me, but: duh! Politics is relentlessly political, which means it is unfailingly amoral (the point, I'll say again, of Niebuhr's assault on the Social Gospel in Moral Man and Immoral Society, and the reason his brother Richard despaired of the thesis of that book. Richard, needless to say, saw it from the point of view of a Christian ethicist; and Richard was right.) And I think, honestly, that Frances Kissling understands this:

Perhaps there is something to be learned from the transition of the Obama campaign to the Obama presidency. The campaign talked about fundamental change, change many read as social transformation. The presidency now demonstrates the difficulty of making change from the center, from the position of power. Obama will do good; many aspects of justice-seeking will be better. But social transformation, real change in power and privilege, never happens at the center; it occurs at the margins. It is the prophet crying in the wilderness, the troublemakers, the noisy annoying widows who bring about social transformation—not the Cardinal Richelieus.

Which is not to say she understands it the way I do. But she is right; change comes from the margins precisely because the margins are where the 'other' is encountered. Permit me a metaphor from bread baking.

When my bread dough is being scrapped around the bowl while wrapped around the dough hook, as I add flour the dough first seems to reject the flour, then absorbs it, dries on the surface, then becomes wet again. Where does the moisture come from? The inside. The dry flour is drawn in, the moisture is displaced out, more flour is added, and the cycle continues until you reach the point you want to reach. Same thing works with dry bread dough: add water, it's absorbed, and soon the surface is dry again. Keep adding, until you reach the status you want.

What is at the center is stabilized; what is at the margins brings change. Social groups, unlike bread dough, of course never reach stasis. But change clearly comes from outside, from the boundary where the mass encounters the new condition, and adjusts to it; and that change moves inward, until the whole batch of dough is renewed, is moved closer to the telos.

Kind of like the yeast of the kingdom that leavens the whole dough. And never forget, in that parable, that the yeast mentioned there is seen as a source of decay, of rot, of impurity. Quite a shocking parable about the basiliea tou ouranon when unleavened bread is pure, untainted by the gaseous decay of yeast that yields the risen, but impure, but daily, loaf.

The yeast makes better bread; but it does so by always and ever being yeast. By being the minority, not the majority (that'd be the flour), not the power (yeast alone will never make bread, but plenty of bread is made without yeast), but still the reason it's better, and best served fresh, daily.

Of course, those who give the power structure a hard time are never going to be welcomed by those who are the power structure. Just as the image of the woman doing the daily work of making the family's yeast-risen bread is never going to be the accepted image of the basiliea tou ouranon. It's just too common a picture of something we are sure should be uncommon, special, even, well..exclusive and, dare we say, elite? Because otherwise it's just quotidian; and it might even involve, well...everyone! Sort of like the people invited to come to the table and share the wine and the bread.....

Have I beaten that metaphor into the ground, yet?