"If Christ returned and saw everything being done in his name, he'd never stop throwing up." 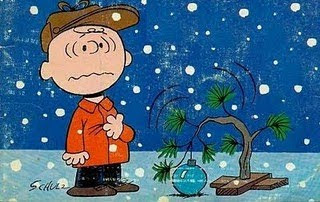 Max von Sydow's character in "Hanna and Her Sisters." Not a line I've ever been particularly comfortable with, but 'tis the season and it seems that, far from being quiet, on the public front there are too many gifts to choose from. So I get this from Talking Points Memo:

A blog post on his Tea Party Nation page says that on Friday he walked by the United Methodist Building in Washington D.C., which had a sign that said, "Pass the DREAM Act." Phillips wrote: " I have a DREAM. That is, no more United Methodist Church."

Phillips explains that he was formerly a member of the church, but he left because it's "the first Church of Karl Marx," and "little more than the "religious" arm of socialism."

"The Methodist church is pro-illegal immigration," he continues. "They have been in the bag for socialist health care, going as far as sending out emails to their membership "debunking" the myths of Obamacare. Say, where are the liberal complaints on the separation of church and state?"

"In short, if you hate America, you have a great future in the Methodist church," he says.

As I've said before, this is the problem of being caught up in the "Big Idea" versus the ideal of accepting humanity as God does. Which is to say:

Something Mr. Phillips clearly doesn't understand, and doesn't want to understand. But it's the hardest lesson to learn, and even harder to live by, so he's not entirely to blame. Or, at least, he's not to blame in a condescending way we can call stand around and sneer at and feel superior over. It's a human failing: we reduce people to things, elevate ideas to deities, and decide the only people who matter are the people like us. And suddenly it's easy to see who is right and who is wrong, and just how socialist the Methodist church is.

Which is not to say the Methodist church is not guilty of over-reaching and of identifying certain people as people, and other people as ideas, and on that basis deciding who the proper people are, and who the bad ideas are. I don't know of any church that isn't guilty of that particular sin.

I mean, the title of this post, for example. Mr. Phillips might well agree with it, but for reasons profoundly different from those meant by the character in the movie.