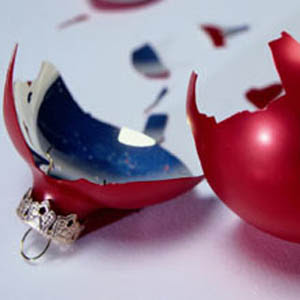 I don't often agree with Ross Douthat (in fact, I seldom do), but this column is actually quite reasonable and the books he mentions sound quite interesting. I especially like the last part, with which I pretty much agree:

Putnam and Campbell are quantitative, liberal, and upbeat; Hunter is qualitative, conservative and conflicted. But both books come around to a similar argument: this month’s ubiquitous carols and crèches notwithstanding, believing Christians are no longer what they once were — an overwhelming majority in a self-consciously Christian nation. The question is whether they can become a creative and attractive minority in a different sort of culture, where they’re competing not only with rival faiths but with a host of pseudo-Christian spiritualities, and where the idea of a single religious truth seems increasingly passé.

Or to put it another way, Christians need to find a way to thrive in a society that looks less and less like any sort of Christendom — and more and more like the diverse and complicated Roman Empire where their religion had its beginning, 2,000 years ago this week.

From my point of view, it's sort of liberating, actually.