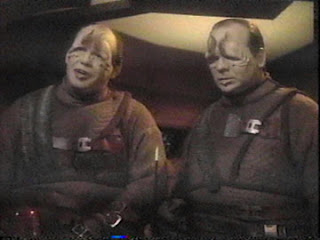 I have a vague memory of this discussion occurring earlier, with the Crimean War being a touchstone because it was the last big war prior to modern medicine. The death tolls were high, largely because so many died of their wounds. The death toll in Iraq has been low, comparatively, because so many soldiers don't die of their wounds. Head traumas alone, which would have guaranteed death in earlier wars (and which are only possible because of modern technology which can produce IED's), are now wounds, not fatalities. The number killed in wars has declined as much because of battlefield medical treatment as because we are "less violent." Perhaps. Inquiring minds, at least, would like to know.

As for these numbers:

_ Rape in the United States is down 80 percent since 1973. Lynchings, which used to occur at a rate of 150 a year, have disappeared.

_ Discrimination against blacks and gays is down, as is capital punishment, the spanking of children, and child abuse.

I'm not sure all discrimination counts as violence, but perhaps that's too much of a quibble. I do wonder what the murder rate is in America, Russia, Asia, Africa, Australia. Or are we going back to Europe as the pinnacle of humanity and the apex of education? As for murder within American marriages, I'd point out that divorce is now quite common, and it may be not that husbands and wives are better educated or simply smarter (Pinker's thesis), but that they get divorced before they get violent. Murder was probably once seen as the only way out of a bad marriage, in other words. I don't know that, of course; but bald statistic don't tell you anything; it's the interpretation that reaches the conclusion, and what is that interpretation based on? Pinker wants to see it as signs of rising intelligence; if I see it simply as a sign of changing social strictures (divorce is no longer taboo), which of us is right?

Yes, rape is down, and lynchings are down. But the latter were a public spectacle much more than a private crime (they were finally relegated to anonymity), and American society has never had the stomach for public violence that the English once did (one of Pinker's widely related examples is Pepys attending a public execution. To this day the British laugh at physical horrors that most Americans blanch at, and I don't mean that as a slight on the British. But only Englishmen could come up with the Black Knight in Monty Python's "Holy Grail" movie, and there is a greater tolerance in British culture for violence as humor than there is in American culture. We love our violence, but we don't like to laugh at it. We take it too seriously; it's a moral punishment. But that's another topic, for another time.). If rape is down, is it because we are smarter? I don't know; I don't see a connection between intelligence and the desire to rape someone. And while we don't engage in public executions, they are still a thriving business in many states in the Union. The violence of them (hanging, shooting, electrocution) has certainly diminished, but the desire for them has not. And is this because we are more intelligent? Or because we are becoming more moral?

And no, I don't think the two are joined at the hip.

I've made a purely personal observation that of the European countries with violence in their histories, the Scandinavian countries with their Viking heritage seem the most consistently peaceful today. Is this because of education, or because of Maslow's hierarchy of needs? One answer works as well as the other. If this is a jigsaw puzzle, the pieces seem to be identical: either fits. But is it a jigsaw? Is this cut out of a pre-determined mold, and it is simply up to us to assemble it correctly? Of that I'm not so sure.

The question, then, is: how do we measure violence? Battlefield deaths? But we can't measure that without measuring technology, especially medical technology. Maslow's hierarchy could answer just as well, if we decide that what keeps mankind alive is food, clothing, and shelter, and once those are assured there is less reason to go to war and seek new resources. That was the popular argument a few decades back, when the idea began that democracies never go to war against each other, and countries with trade relations have no reason to fight each other (an assumption that ignores history and even literature. Homer's warriors before the walls of Troy battle individually all day long, and find out they are practically family, that their grandfathers were great friends and when this war ends, if they are alive, they will re-establish the old ties.) Perhaps violence is down statistically, but is that because we are less violent, or because the non-warrior class now outnumbers the warrior class, and markets work better than military oppression? Rome survived on its military might first; it had virtually no market economy at all. It's social stability derived from patronage, and whenever that stability was threatened the soldiers turned on the Roman citizens or those they were supposed to protect, and no one thought it cruel and unfair. One reason NATO intervened in Libya was because Gadaffi was "attacking his own people." Are we more intelligent than Rome? Or simply operating under different standards because there are more of us on the planet, and a power like Rome's is now impossible?

If we measure violence by rapes, what about assaults and gun deaths, or violent deaths in general? Are those down, up, the same? Perhaps Pinker addresses this in his book, but even if he does, how do we know why this is, or what it means, or even if it means anything? I don't have an answer, I just have questions. This is a fantastically complex issue, and to rest it on matters like "IQ" (which Stephen Jay Gould, among others, has shown to be a chimera. Identify "intelligence" for me, and then tell me how you measure it the same way you can measure length or weight or height, or even velocity. The notion of comparing "IQ" levels is laughable. You might as well compare the length of unicorn horns over the centuries.) I have also known very intelligent people who were very compassionate; as well as very intelligent people with no compassion or concern for others at all. Intelligence is not inextricably linked to behavior, and can't be assumed to be the weight that tips the scales in favor of the outcome we'd all like to see.

There's also the simple fact that violence is the favored form of entertainment, at least in America. Now, of course, we're back to defining "violence". Is it the antics of the Three Stooges? My mother thought so, when I was young and watching them poke each other in the eye, or strike each other with hammers. Is it the violence of a slasher film or a horror movie? Is it the violence of an "action film," or the highly choreographed fights of the new "Three Musketeers" movie, or the Robert Downey, Jr. versions of Sherlock Holmes? The comic book violence of The Incredible Hulk, Thor, Iron Man? Dalton Trumbo remarked, in his preface to his book Johnny Got his Gun, that during the Vietnam War we read daily "body count" statistics in the newspapers, and instead of thinking of the pile of arms and legs and torsos that number represented, and throwing up at the horror of it, we reached for our coffee cups. Does anyone even pay attention to the violence in Iraq and Afghanistan anymore, or know why we continue it? War we can still always pay for, but people? Surely if we were more intelligent, Johnson's Great Society and RFK's compassion for the poor wouldn't have been erased from public discourse quite so rapidly.

And here, perhaps, I do the argument a disservice; but then, what is the argument? That according to numbers, we don't kill quite as many of our fellow humans as we used to? Well, perhaps not. But we certainly employ a great many people in endeavors directly related to violence, either real or imaginary; and we certainly have many industries devoted to the production of violence, again either real or imaginary. And we continue to do daily violence to the poor, the marginalized, the invisible, the oppressed, the neglected, the forgotten, the dispossessed, the ignored.

But to the extent we don't, is that because we are better educated, more intelligent? Or is it because we are more compassionate (and yes, education could increase that, too. Education is not merely the method by which intelligence is increased, although Mr. Pinker seems to think so.)?

I suppose it's all a matter of how narrowly, or broadly, you define "violence." Or maybe it's a question of how we define "intelligence." And also of how much "intelligence" is really worth in human history. I can guess Stephen Pinker's answer on that issue. I can also guess I would think him quite wrong.*

One other point, which may or may not undermine the argument that violence is down because compassion is up (I'm not sure it is, I just think morality is as valid a cause for this perceived effect as intelligence is, and probably a more comprehensive answer. Anyway....): the focus on violence as an indicator of the "angels of our better nature" is an interesting one, since violence is always a personal problem, i.e., a problem of personal security. Violence is always about what is done to me and mine, not about what I can, or should, do for others.

Violence is bad, but it's worse when it's done against me. Nothing motivates a country like being attacked (violence against us); witness America's reaction to Pearl Harbor and 9/11. But who is poverty done against? It's always done against another, and it's easy to blame the victim for the problem. Even when we don't, what motivates a country to care for the helpless, the hungry, the marginalized and dispossessed? Apparently not intelligence, which should at least tell us their interests are our interests, their hunger and poverty will be ours if we are not more equitable. Yet is there a rise in compassion for the poor comparable to the alleged fall in violence? Has anybody thought to ask? And isn't it really a more important issue? Yes, violence is bad; but I would argue poverty is infinitely worse, especially since the measures of violence seem to be death and single acts (like rape). Poverty, unlike death, is actually lived through. But poverty requires an action on my part; violence requires a lack of action on my part.

Small wonder one seems more important than the other, more a reflection of our "better angels" than the other. It's a small thing, but the more I think about it, the more it bothers me. Are we really better off, as a species, because violence is down, because the physical threat against any one of us is arguably lower now than at any time in history? Is that really good news for the poor? Does this debate promise healing for the brokenhearted, preach deliverance for captives, mean recovery of sight for the blind? Because it seems to me that, until it does, it's just rearranging the first-class deck chairs on the Titanic.