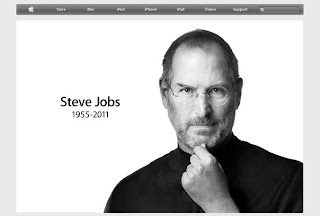 So to all those trying to figure out how to engage, here’s my advice. If you want to “help” #OccupyWallStreet, in New York or any place around the country, think about what you can bring to a public space to make it more lively, interesting, or helpful. On a basic level, just bring yourself. If you are a cook, cook food and bring it. If you are a lawyer, offer free legal help. If you’re an artist, make art. If you’re Joe Stiglitz, go by and host a brief teach-in (as he actually did). If you can publish, make a newspaper. One idea is to bring a laptop with internet access, and open it to the spiffy complaint page of the new Consumer Financial Protection Bureau. Put up a sign called “Complain About Your Bank” above the laptop, and show people how to use it. That’s useful. That shows people how to interact with their government and take action to empower themselves against banks. Make the space better, and then enjoy what you’ve made. Or, if you want to fight politically, fight for the right to this public space. Try and make sure predator drones aren’t at either political convention. Advocate for keeping parks open.

The premise of their politics is that #OccupyWallStreet isn’t designed to fit into your TV or newspaper. Nothing human really is, which is why our politics is so utterly deformed. It’s why they don’t want to be “on message” – what kind of human society can truly be reduced to a slogan? I’m not sure I agree with their political premise. But in the carnival they have created, in the liveliness and beauty and art and fun and utter humanity of it all, they make a damn good case.

There was a quote from Steve Jobs on NPR this morning, where he described how the original Mac was designed by poets and artists and historians and a lot of people we don't ordinarily think of as being involved in computer design or even in consumer product design. And I remembered the essay in the Atlantic by James Fallows when the Mac first came out and almost no one knew what it was. Fallows critiqued it because of the mouse and the interface which would soon become ubiquitous as "Windows" (this was in the days when we all had to learn the language of DOS) and the complexity of the programming which he feared was too much of a sledgehammer swatting a fly.

And now all we can say is that Steve Jobs changed the world, because he refused to think like a computer programmer or to have only one message in mind when he designed a new product.

And it occurred to me, that might still be an applicable lesson.