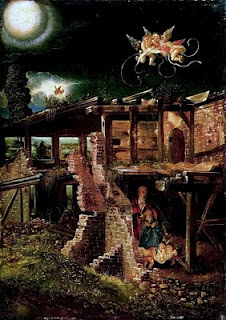 But the spirit behind their program also obviously had a strong appeal, particularly in the United States in the interwar years, and possibly even among groups who in historical hindsight would appear to have suffered from its consequences, whether indirectly through class and gender definitions of "objective" science and exclusion from the professions, or more directly from legislation that segregated, or otherwise restricted their role in American life. On the reasons for this appeal we can only speculated: perhaps it was because a "scientific" standard, however narrowly defined, proposed to eliminate the arbitrary and subjective from public life and policy; perhaps because the future for many Americans seemed an improvement on the past; or perhaps because, whatever its own class or cultural biases, "science" seemed the only possible standard in an increasingly pluralistic and fragmented America.

I do think there is something to the (largely) Republican concern with religion in public life, and it has to do with the re-emergence, or at least the awareness of "an increasingly pluralistic and fragmented America." Or, rather, the fact that the GOP "base" seems to be as fragmented and adrift as the country at large.

And they are looking for a standard to rally 'round. And, of course, not finding it. But they are getting this:

My father never graduated from college. He apprenticed, as a lath and plaster carpenter, and he was darn good at it. He learned how to put a handful of nails in his mouth and spit them out, point forward. On his honeymoon, he and Mom drove across the country. Dad sold aluminum paint along the way, to pay for gas and hotels.

I realize he's going for the "common laborer" image here, but are the echoes of a carpenter and his wife traveling on the cheap really accidental? From a Mormon who suddenly finds himself in a race with a very conservative Catholic in a party with a fundamentalist Christian base?

All that's missing from that story is a virgin birth and an inn with no room. Coincidence?