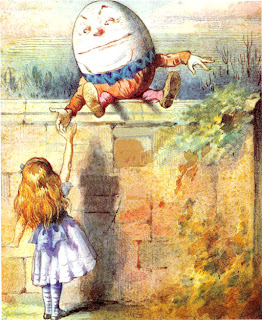 So today BBC World Have Your Say was discussing the infamous "Chink in the Armor" headline at ESPN.com. The discussion, of course, centered on the word "Chink," which some insisted was as racist as "nigger" or "spic", and could not be used in polite company, and others insisted was harmless enough, or at least not blatantly racist without further evidence of intent.

And then Dahlia Lithwick was on "Talk of the Nation" defending her position that the Texas and soon-to-be Virginia laws (we're ahead again!) requiring a vaginal probe sonogram before an abortion can be performed, is akin to rape because it involves a non-consensual penetration of the genitals, which Ms. Lithwick pointed out is pretty much the definition of "rape" used by the FBI and most state statutes. This prompted three calls (TTN never leaves enough for calls, IMHO), only one of which was from someone who was professionally involved with both sonograms or abortions, and who was also from Texas and could state she knew of one case where this new requirement caused a woman to decline to seek an abortion, rather than submit to the sonogram.

Both were interesting because both revolved around words and how we use them.

Try as I might, I can't think of a word that has a dual meaning, one of which is innocuous, the other racist, equivalent to "chink." One person on WHYS, who objected to the ESPN headline, admitted the problem was not the word, but the juxtaposition of the word with a picture of an Asian-American basketball player. It was the picture, in other words, in combination with the word in the phrase, which offended. All well and good, but interesting that a word can have two very different meanings. I cannot write "nigger" without offending someone, I'm sure; and that's fine, too. But "chink"? If I use it in a sentence referring to a breach in armor or a wall, is it racist? Even Conrad's story with the "N" word in the title is dubious; but "Chink in the armor"? Do I immediately call to mind Asians and racial slurs? Should I, whether I mean to or not?

As for the "rape" issue, I quite agree with Ms. Lithwick, and I quite approve of her incendiary language (two callers did not, one more vehemently than the other). It's an incendiary topic, and the sole purpose of the law is clear: to dissuade women from having a legal procedure. I don't know how many medical procedures men are subject to in which the state requires they abandon their consent at the door just to proceed to the procedure. And consent is, legally, entirely the issue in a rape charge. After the facts of the physical assault are determined, and it is clear penetration of the genitals (or the anus) is involved, with a body part or an object, the only question left is the question of consent. The popular use of the word as a crime almost always involves the "stranger in the bushes" type of rape, but what then of "date rape," where the victim knows, at least to some degree, her attacker? Matters get very fuzzy there, but the fuzziness turns, not on the penetration, but on the question of consent. No consent, and it is rape.

It is also a word we use metaphorically, however. It is a word, like "chink," with dual meanings. A priest at Issa's famous panel of "religious liberty" likened the requirement that all employers provide contraceptive coverage to the "rape of the soul." In the '70's I enjoyed carting around a book title (if memory serves) The Raping of America. In both cases, the actual crime of rape is not intended, only the sense of violation. It was that sense the two callers (all three were women, interestingly enough) to TTN objected to. They didn't want any kind of medical procedure compared to a violent crime, to something that so represents a violation of the person. That's understandable, but the problem was not Ms. Lithwick's choice of terms, so much as the fact that the term has two rather distinct meanings. Ms. Lithwick's use of it is metaphorical and legal, at the same time: she means to catch our attention, and to point out that this provision conflicts with well-accepted criminal law. It is, in other words, a doubly strong argument; but it points out how emotionally attached we are to concepts like rape. And if we are so attached, perhaps, rather like "chink," it's a word we should use less lightly.

Such as the word "Christian," which has not become a political litmus test for Presidential candidates. In part, this is connected to Islam, and the idea that President Obama is a closet Muslim.

On Obama, [Franklin] Graham said: "You have to ask him. I cannot answer that question for anybody... You have to ask every person. He has said he’s a Christian, so I just have to assume that he is." When asked directly if he believed Obama had "accepted Jesus Christ," Graham replied, "I don't know."

While not specifying whether he believed Obama is a Christian, Graham did manage to mention the president's Muslim father, and argue that Obama has given Muslims "a free pass" during his time in the oval office: "Under President Obama…the Muslims of the world, he seems to be more concerned, than Christians who are being murdered in Muslims countries."

Now, is this because Obama attended the wrong kind of church for 20 years? Rick Santorum noted that factoid the other day. What he hasn't mentioned lately is his attitude about "liberal theologies":

After he’d accused Obama and other Democrats of religious fraudulance [sic] for a few minutes, journalist Terry Mattingly of GetReligion.org asked whether it’s possible that rather than being fake, perhaps, Obama was sincerely reflecting a form of liberal Christianity in the tradition of Reinhold Neibuhr. Santorum surprised me by answering that yes, “I could buy that.” However, he questioned whether liberal christianity was really, well, Christian. “You’re a liberal something, but you’re not a Christian.” He continued, “When you take a salvation story and turn it into a liberation story you’ve abandoned Christiandom and I don’t think you have a right to claim it.”

In other words, Obama’s faith is fraudulant [sic] in part because liberal Christianity is. I’ve come across this sentiment before. To a degree rarely discussed, many conservative Christians truly doubt both the theological truth and the spiritual authenticity of liberal Christians.

I've faced this all my life, both from conservative believers and from non-believers (going in different directions, of course). What's wearying is the idea that a word can only have one meaning. As the reaction to Ms. Lithwick's argument illustrates, words have emotional resonances. So perhaps we should give more consideration to what we are really saying.

But that applies to everyone.

ADDENDUM: Late last night I caught Lawrence O'Donnell, explaining why nobody should pay attention to Franklin Graham. "Fraudulant." It's everywhere.