You say you want a revolution..... 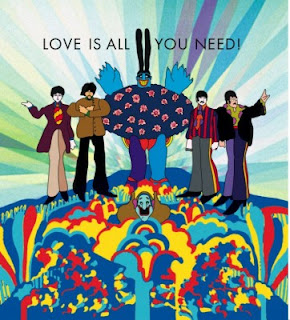 I don't know which is worse: that this is happening:

At this precise moment the BBC News channel is showing an interview with a little girl. She is homeless and her mother is eating rats to stay alive. Before this interview they went down into the storm drains of Los Angeles where three to four hundred people live and where every time it rains they are flooded out.

Or that I learn about it, not from American news media (I'm as plugged in as any average person can be to American news sources), but from the BBC via a (sorry, MP) relatively obscure website.

MP thinks this will lead, finally, to an American revolution. I politely demur. Matters were far worse in the 1920's and '30's, and America was far closer to revolutionary fervor; and it didn't happen. When England went through this, when the laboring classes realized they were being exploited by the upper class (a recent British documentary on the great houses of England which was broadcast here on PBS pointed out the wages of servants in the grand homes was a few pounds a year. Basically, they were paid room and board, and given uniforms, which is how they could afford servants.), they formed labor unions. We did the same thing in America; but then we got bored, or complacent, or stupid, and here we are.

I think Orwell was more accurate in his analysis of the "proles" in 1984. It's been more than half a lifetime ago since I read that book, but I still remember the gist of the argument about the proles, the majority of people living in squalor and exploited ruthlessly, and how they wouldn't rise up against the system that abused them so, largely because it just wouldn't occur to them to do so, to organize and act as one. Thomas Hardy put paid to the idea that life in rural England was idyllic and pastoral, and yet that life ended, not in social revolution, but because of the Industrial Revolution, which brought its own forms of exploitation.

In Libya, now, competing factions battle for power; in Egypt, the military are determined to suppress all disagreement, to the point of arresting foreign citizens who are seen as threats in the mildest sense possible. That's not a revolution that's favoring the poor, either. No revolution does, except a revolution of the heart.

Which is something I believe in, but only in the sense that if you don't love, you're dead, and if you do, they'll kill you.