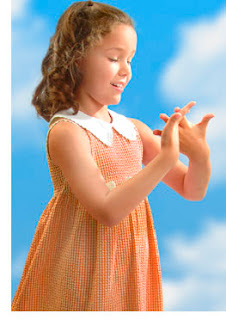 Mark Rienzi*, professor of constitutional law at Catholic University, just told Diane Rehm that people don't have to work for religious institutions like Roman Catholic universities, and therefore aren't entitled to complain when such institutions refuse to offer contraceptive coverage in their employee health policies.

Which is absolutely no different from saying that people don't have to eat at restaurants, and therefore restaurants can refuse service based on race, creed, or religion, if they so choose.

Rienzi is now (as I listen) arguing that religions institutions should not be required to pay for this coverage, that the federal government should pay for it. But religious institutions that preach against contraception (a tenet of Rienzi's argument) also urge their congregants to pay their federal taxes. Should the same institution that doesn't want its money going to contraceptive coverage also urge its members to pay taxes to provide contraceptives to others? What, is it laundered somehow, at some point?

Mr. Rienzi does try to make much of Hosanna-Tabor Evangelical Lutheran Church and School v. EEOC, arguing it proves the Obama Administration has far too broad of view of government power over religious institutions, and the Supreme Court struck down the Administration's overreach. But that isn't the holding of Hosanna-Tabor at all.

The issue in Hosanna-Tabor turned on whether Cheryl Perich, a "called teacher" according to the Lutheran Church-Missouri Synod, was a "minister." The distinction is an important one, as churches are free, under First Amendment law, to hire and fire ministers, but can be subject to applicable law in the hiring and firing of non-ministerial employees. It's a reasonable enough distinction: the government can't force Roman Catholics to ordain women, or make the Episcopal Church ordain gays and lesbians, but it can keep them from firing non-ministerial employees simply because they are black, or old, or female.

The trial court threw out the suit on the grounds Perich was a "minister," and therefore could not claim protection under the Americans with Disabilities Act. The 6th Circuit disagreed, noting that the duties of a "lay teacher", as defined by the MO Synod, and "called teacher," were the same. It was, the Court concluded, a distinction without a difference, and the only result was to allow the MO Synod to discriminate against the latter class of employees on the pretext that their duties were "ministerial."

I have to admit, at this point, that having the court decide who is, and who is not, a "minister" for any denomination is an uncomfortable one. I understand the law has to draw such distinctions; but I'm very wary of how those determinations are made. However, this matter of a "ministerial exception" is one that has only arisen under Title VII of the Civil Rights Act (ironic Rienzi would fall back on the very Civil Rights Act his argument, in other ways, seeks to undermine), and as such the question of whether or not such an exception exists at all has never been handled by the Supreme Court.

So what they did is, first, acknowledge the exception, and second, decide whether it applies in this case. And they did so, declining to go beyond the facts of this case to set a broader definition of what the exception is, and what it is not. Their ruling rests heavily on what was required of Perich (v. the process for being a lay teacher), on Perich's behavior (using tax exemptions available only to ministers, and not to lay people), and on her own statements about being a minister and engaging in the teaching ministry of the church.

Interestingly, this opinion is sparking no small amount of controversy, but I find myself largely agreeing with it (which puts me at odds with Barry Lynn and some legal scholars, but so be it). If I understand myself to be an ordained minister, and understand myself to have a ministry in an organized church, and the church recognizes and acknowledges that ministry by treating me (through religious services and other practices) as a "minister," then the courts should accept me as a minister. To ask much more than that is to interfere indeed in the business of the church, and I think there are very good reasons for the government not to do that.

But does that affect Rienzi's argument? Not at all. Churches are not covered by the requirement to provide contraceptive coverage in health insurance offered to employees; only religious institutions, which regularly employ non-church members, are covered. Those in the religious institution who are clearly not ministers are not exempt from the Civil Rights Act because of their employer. And nothing in the Hosanna-Tabor decision indicates that they would be.

(*I should have mentioned that Rienzi is representing two plaintiff religious institutions in a lawsuit against this new regulation. I find his legal arguments laughable, if this program is any indication of them.)