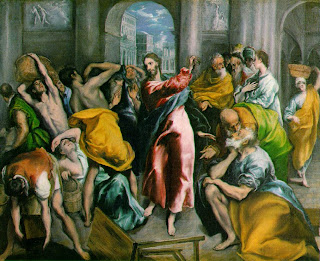 I should walk away from this, but let's be honest (and any honest pastor would agree with me), this:

Xavier University, one of the oldest Roman Catholic colleges in the United States, will cut off birth-control coverage for its employees in July, a move that has divided faculty members and students on the Cincinnati campus.

Is pretty much because of this:

Some on campus said they suspected Graham had come under intense pressure from the diocese, and perhaps from conservative donors as well, to publicly demonstrate Xavier's fidelity to Catholic doctrine by cancelling the birth-control coverage.

The Church, as any pastor/priest knows, is the people. Especially the people with $$$$$.