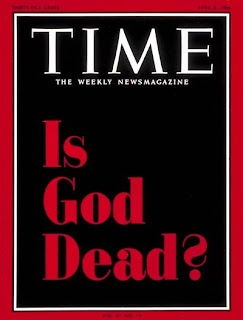 They would do well to remember the words of Andrew Carnegie, the capitalist who gave away his vast fortune. Carnegie was born in a single-room weaver’s cottage in Scotland, and saw the British class system at its worst before he moved to America.  “There is no class so pitiably wretched,” he concluded late in life, “as that which possesses money and nothing else.”

This discussion of the popularity of Downton Abbey at that link is interesting but, as is common, misplaced.  Americans aren't really so fascinated with a "world in which a tuxedoed toiler’s main job in life is to dress a grown man and wipe the dandruff from his collar...."  I think, actually, the interest is more in the characters, and the castles of England (Downton Abbey is, technically, a castle) provide the opportunity to put a lot of characters together under one roof, the easier to tell a coherent story with so many moving parts.  There's also this:

On “Downton,” upstairs and downstairs are in close, albeit strictly defined, contact.  Rich and poor seldom encounter each other in the United States., is part of the archaic draw of “Downton Abbey.”

It reflects, in other words, a world that doesn't exist in America at all.  One brief example:  I live on one side of the I-10 Freeway in Houston; on the other side is some of the most expensive residential real estate in town.  On my side:  one of the most ethnically diverse (and economically diverse) neighborhoods in the nation's fourth largest city.  Obama talks of a shooting a mile from his Chicago home.  There was a shooting not two blocks from where I now sit, about 2 years ago.  It's not a dangerous part of town, but people don't get shot in the neighborhoods immediately across the highway from me.

And when they come over here, to the new large grocery store built with them in mind (sushi bar attended by sushi makers, huge fresh fish counter, a deli where the meats and cheeses are sliced to order, etc., etc., etc.), the store has to put security guards out front to reassure the customers from the "other side" that they won't be robbed or raped in the parking lot because they crossed the imaginary line between security and the jungle.  No, rich and poor don't encounter each other in the United States, and they like it that way.

But my point, and I do have one, was to get to Carnegie's quote.  Arguments for and against God are all bosh, especially since such arguments have historical roots which no longer apply (the arguments for God's existence in Anselm's day presume an understanding of both "argument" and its uses, and "existence" and its meaning, which no longer have current purchase).  So I hesitate to join the current discussion over what is lost in losing God from the public sphere, or the misbegotten Neitzschean argument about God as the source of morality; but still, Carnegie's insight is interesting, if only because it seems so archaic now.

I think he's right:  there is nothing more pitiably wretched than someone who possesses money and nothing else.  But I also think that's a completely wasted argument today; if only because we have expunged God, or gods, or spirituality of any sort, from the common discussion.  Even God is now more commonly invoked as a source of money rather than an alternative to it.  How does one convince a child of this age (and I know many of them, from my teaching experience) that what Carnegie says is true?  Even the emphasis on college education now is solely an emphasis on whether the college provides a return on the investment, i.e., does the degree result in a remunerative job?

How do we persuade people that that's not all there is, if all we can say is:  that is all there is?

Adding:  Charles Pierce makes a salient point about government being a common concern of all those governed, v. an oligarchy to preserve the wealthy.  But I'm left with the same question:  aside from a national identity (which isn't really a unifier in American history), on what basis do we claim a common commitment to "a political commonwealth wherein takes place the ongoing creative act of self-government"?  We've pretty much whittled it down to "It's money that matters!"  What other basis of commonality can we now build on?