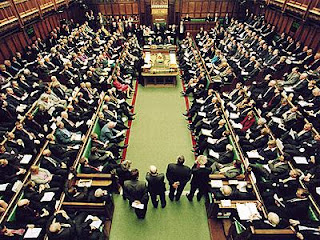 The news is that Great Britain has (or almost has) approved of same sex marriages.  When I heard, I immediately wondered what the C of E and it's new A of C thought about it.

When Justin Welby formally began his tenure as Archbishop of Canterbury yesterday, he managed to pique the ire of lesbian and gay Anglicans and their allies in the UK by highlighting his opposition to marriage equality on the grounds that the matter is off-putting to the balance of the Anglican Communion outside of the UK, who remain forcefully committed to the notion that marriage is “between one man and one woman.”


Much as I agree that this is a matter of "the prophetic calling of an engaged Christianity," my sympathies are with the new Archbishop.  Archbishops, like pastors everywhere, aren't really called to be prophets.  Prophets marry prostitutes and name their children for symbolic purposes ("Blue Ivy" and "Moon Unit" are boring by comparison), or, they have trances and visions, and unlike foxes and birds, have no where to lay their heads.  It's not a life for someone with a family, someone who is, like everyone else in the church, just trying to make a living.

I'm also not all that sympathetic with the people in the church hierarchy who take "prophetic stances" with the Church, as they are seldom the ones who have to work out the messy details down in the local congregations.  It's a pastoral thing, but I sympathize with the pastors and with those whose primary job is to keep the whole communion together, which is rather what pastors are called to do.  Partisan as we may be on the subject of same-sex marriage, who wants a new pastor to take the pulpit and declare to one group "Screw you!  They win, 'cause I agree with 'em!  We're doin' it their way now!"  Especially if that group is not your group.

So I appreciate the A of C's bind.  But I also approve of the PM's action.