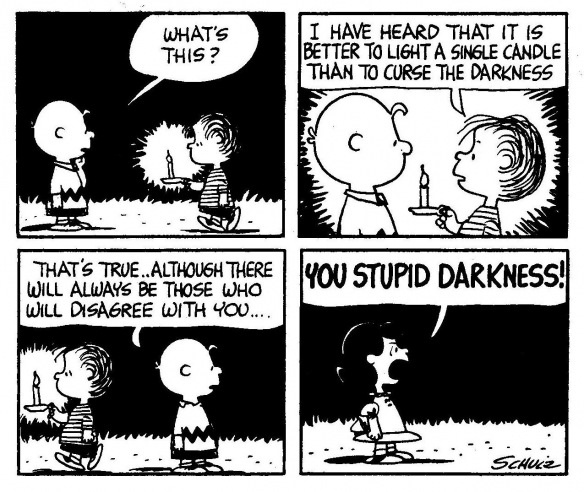 Those of you who are old enough will remember back to this morning, when I quoted this:

In a world where an advanced degree is mandatory for anyone seeking a future, the generation graduated into a one of the worst job markets since the Great Depression.


Turns out the Universe was clearing its throat quite significantly:

Like most other American high school students, Garret Morgan had it drummed into him constantly: Go to college. Get a bachelor's degree.

"All through my life it was, if you don't go to college you're going to end up on the streets," Morgan said. "Everybody's so gung-ho about going to college."

So he tried it for a while. Then he quit and started training as an ironworker, which is what he's doing on a weekday morning in a nondescript high-ceilinged building with a cement floor in an industrial park near the Seattle-Tacoma International Airport.

Morgan and several other men and women are dressed in work boots, hardhats and Carhartt's, clipped to safety harnesses with heavy wrenches hanging from their belts. They're being timed as they wrestle 600-pound I-beams into place.

Seattle is a forest of construction cranes, and employers are clamoring for skilled ironworkers. Morgan, who is 20, is already working on a job site when he isn't here at the Pacific Northwest Ironworkers shop. He gets benefits, including a pension, from employers at the job sites where he's training. And he's earning $28.36 an hour, or more than $50,000 a year, which is almost certain to steadily increase.

As for his friends from high school, "they're still in college," he said with a wry grin. "Someday maybe they'll make as much as me."


To be fair, the "go to college to get a good job!" mantra was being drummed into the Boomers, too, back when I was teaching the tail end of the Boomer generation in my first teaching job (in graduate school).  I told my near-peers then that was bogus thinking, but did they listen?  Of course not.  If Millenials and Gen X'ers haven't figured this out for themselves yet, I don't think Boomers are really to blame.  Here, let me underline the point:

"There's that perception of the bachelor's degree being the American dream, the best bang for your buck," said Kate Blosveren Kreamer, deputy executive director of Advance CTE, an association of state officials who work in career and technical education. "The challenge is that in many cases it's become the fallback. People are going to college without a plan, without a career in mind, because the mindset in high school is just, 'Go to college.'"


Yeah.  Damned Boomers screwed that up, too!  Or maybe it's just that walking blindly toward a goal you are told to walk blindly toward is not necessarily a good idea; or somebody else's fault, either.


It's a pity the audio isn't available for that GIF.  Then again, the context would help, too.  Still, it's priceless.