“like a drunk guy in Queens at the end of the bar talking complete and total nonsense.”

"And in your dreams you may see yourself as a prophet!"--Zappa

You can tell from my links that I don't generally get my news first hand (on the intertoobs, anyway), because I don't subscribe to a newspaper or pay a website (I'm old fashioned, I remember when information wanted to be free!  Or at least had for free, and besides I can always turn on the radio....).  So when I get home to find Trump has gone crackers at a news conference, I start looking for a story, a single report, on the insanity.

And I can't find it.  This story, that Trump is nuts and what he says has no contact with reality, has become so commonplace it doesn't merit much attention anymore.  Raw Story broke it into three stories:  Trump throwing his prepared remarks in the air like a petulant teenager (You're not the boss of me!); Trump claiming his conspiracy theory is not a conspiracy theory (Ken Kobach was robbed by Democratic states!); and he don't know nuthin' 'bout no payments to Stormy Daniels.  Which, it is now apparent to me, is probably because that's how CNN broke up the stories.  But nothing at HuffPost, only two stories at TPM, and, not really surprising given their formats, nothing at Slate or Vox (yet).  Everyone (almost) does want to talk about The Atlantic firing Kevin Williamson (which also just happened), but not that much on Trump.  In fact, the greater interest seems to be in his denial of any knowledge of anything to do with Stormy Daniels, a denial that's pretty weak considering the agreement submitted in court pleadings includes a separate attachment that identifies the pseudonyms in that agreement, and either means Trump is lying (!!!!), or he just blew any chance for recovery of damages under that agreement that he ever had (because the damages clause is for damage to reputation, which is a personal action that can only be recovered by the person damaged).

We seem to have hit, in other words, a point where the insanity of the President of the United States is taken for granted.  Consider, for example:

"And remember my opening remarks at Trump Tower when I opened," Trump said, referring to his 2015 presidential announcement speech, in which he argued that Mexico is "not sending their best. ...They're rapists."

"Everybody said, 'Oh, he was so tough,' and I used the word rape," Trump said Thursday. "And yesterday, it came out where this journey coming up, women are raped at levels that nobody has ever seen before. They don't want to mention that. So we have to change our laws."

First he repeats his racist slander (that all person south of the Rio Grande are rapists), but he adds a factoid based on nothing but (possibly) a report on FoxNews (or more likely something in his Twitter feed.  The best the White House can come up with is a story from 2014, but that isn't "yesterday," is it, and has nothing to do with the immigrants now in Mexico).  "They don't want to mention that" is worthy of Alex Jones, not of the POTUS.  And the non-sequitur is priceless:  "So we have to change our laws."  Why?  Because people live south of the border where "women are raped at levels that nobody has ever seen before"?  Now he's a humanitarian, and his humanitarian impulse is to close the border, physically and militarily, because women are being raped in Mexico?  And the evidence for this?  It's in that quote; which is to say, it's non-existent.

Huh?  If I owned a bar, I throw this guy out of it, even assuming he was so drunk he was ranting.  But Trump wasn't through after that:

"In many places the same person in California votes many times," Trump said during a roundtable discussion on tax reform in West Virginia. "They always like to say, 'Oh, that's a conspiracy theory.' It's not a conspiracy theory. Millions and millions of people, and it's very hard because the state guards their records."

How does he know this is happening?  Well first, there's this guy (there's always "this guy," right?):

“So this guy, because he’s here, now can get the mother and that father and the grandmother and the cousins and the brothers and the sisters and the aunts and the uncles,” Trump opined. “This is what the Democrats are doing to you. And they like it because they think they’re going to vote Democrat, okay?”

“They are doing it for that reason,” he remarked. “Because they’re not going to be voting with us for the most part. A lot of them aren’t going to be voting. A lot of times it doesn’t matter because in many places, like California, the same person votes many times. You probably heard about that.”

A:  no, that's not how the immigration system works; B:  Trump is a rampant racist xenophobe (end of discussion!); C:  that's not how the voting system works.  And it is a conspiracy if you don't have any evidence for this egregious allegation.   Saying it isn't a conspiracy theory doesn't make it so.  Or, as the California Secretary of State put it (and not for the first time):

"It is sad the president continues to recycle his same old lies. Frankly, it is tiring to have a conspiracy theorist in the White House."

"His dishonesty and his rants dishonor the thousands of local elections officials and volunteers who work hard to administer our elections with integrity," the statement said. "Trump was even forced to dissolve his sham election commission, which was a waste of taxpayer dollars and failed to provide a shred of evidence to support his voter fraud lies."

As Steve Schmidt said on MSNBC:

“It’s inherent racism, this notion of people are coming here and they’re black and they’re brown and they’re rapists and they’re murderers,” Schmidt said. “That’s what this is. That’s what he’s doing he is speaking to the ugliest threats in the country’s history.”

“He has no conception about the greatness of the country and why it’s great,” the GOP operative said. “And that is a tragedy.”


Even worse; we're getting used to it.

Lagniappe:  Trump says he'll send 2000 to 4000 National Guard troops to the U.S.-Mexico border.  That'll be an average of 2 soldiers for every mile, at the high end.  Yeah, that'll seal the border up. 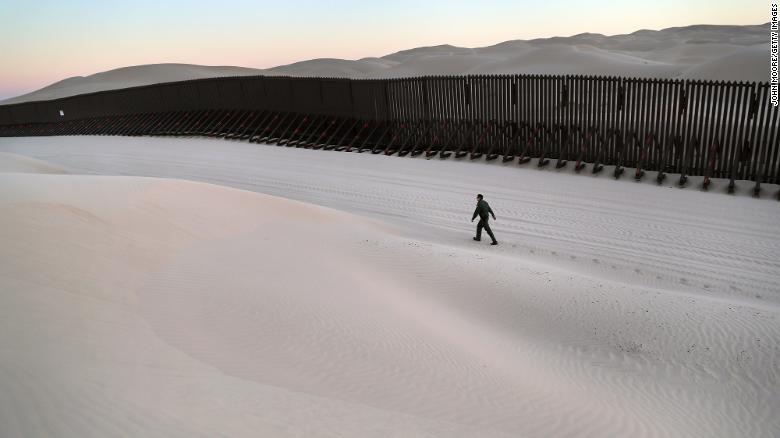