Just when you thought it couldn't get worse 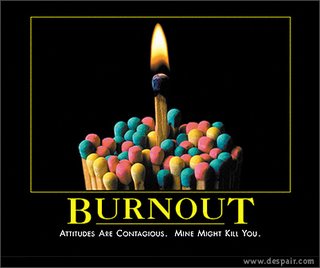 While such data may have been omitted to protect the group’s clandestine sources and methods — the document has a bold heading on the front page saying “secret,” and a warning that it is not to be shared with foreign governments — several security and intelligence consultants said in telephone interviews that the vagueness of the estimates reflected how little American intelligence agencies knew about the opaque and complex world of Iraq’s militant groups.

"They’re just guessing,” said W. Patrick Lang, a former chief of Middle East intelligence at the Defense Intelligence Agency, who now runs a security and intelligence consultancy. “They really have no idea.” He added, “They’ve been very unsuccessful in penetrating these organizations.”

What's the central problem? It's still all about politics:

“A judgment like that, coming from an N.S.C.-generated document,” is not an analytical assessment as much as it is a political statement to support the administration’s contention that Iraq is a central front in the war on terrorism, he said. “It’s a statement put in there to support a policy judgment.”

Apparently that policy judgment is: we can't quit now. But what does the report say about Iraq?

The insurgency in Iraq is now self-sustaining financially, raising tens of millions of dollars a year from oil smuggling, kidnapping, counterfeiting, corrupt charities and other crimes that the Iraqi government and its American patrons have been largely unable to prevent, a classified United States government report has concluded.

The report, obtained by The New York Times, estimates that groups responsible for many of the insurgent and terrorist attacks are raising $70 million to $200 million a year from illegal activities. It says that $25 million to $100 million of the total comes from oil smuggling and other criminal activity involving the state-owned oil industry aided by “corrupt and complicit” Iraqi officials.

I suppose we can be grateful that at least the corrupt government officials aren't described as "men in Iraqi government uniforms."

Josh Marshall may be right, and we may be in for a very long two years. I think he is certainly right that Bush is not defeated until Bush thinks he's defeated. But that's irrelevant now. Bush's stubbornness is the least of the country's worries. He may well go to his deathbed insisting someone else lost this for him. Regardless, this war is over for the US. With the kind of coverage I've seen just today, this avalanche is about to break loose, and anyone standing under it will simply be swept away.