And so this is Christmas-Part Ia 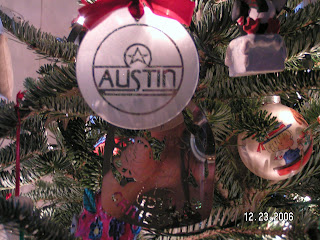 So long as we're piling on world leaders with religious leaders, I found this via Notes from Underground:

Christians in the Middle East are being put at unprecedented risk by the Government’s “shortsighted” and “ignorant” policy in Iraq, The Archbishop of Canterbury, Dr Rowan Williams, says today.

In an extraordinary attack, Dr Williams accuses Tony Blair and the US of endangering the lives and futures of many thousands of Christians in the Middle East, who are regarded by their countrymen as supporters of the “crusading West.”

He has been backed by bishops across the Church of England, who say that Christians in the Middle East are now paying the price for the “chaos” in Iraq after the British Government failed to heed their warnings about the consequences of military action.

Dr Williams, writing in today’s Times, says that one prediction that was systematically ignored was that Western military action would put the whole of the Middle East’s Christian population at risk.

Writing from Bethlehem, where the number of Christians has plummeted to a quarter of what they were, he condemns the Government for failing to put in place a strategy to help Christians.

I understand why he's limiting his comments to Christians at risk; it sharpens his point that this invasion was a fiasco ab initio, and gives the people of England (despite their disinterest in the faith) something to identify with.

More's the pity we have no similar voice sounding in America. And that this is so true:

Dr Tom Wright, the Bishop of Durham, said: “Nobody takes any notice of what churchmen say about these things. Now this has turned into a very sorrowful ‘I told you so’.”

Dr Wright, who is one of the Church’s top five clerics, said: “We have argued all along that what was being done in our name by our Government, led by America, would have disastrous consequences.

“The 64-and-a-half thousand dollar question is, what do we do now? We have made a problematic situation far worse. Even if there were changes of government in America and Britain, they will still have to cope with the chaos that has been unleashed.”

Every year I remember that Christmas is followed shortly by the Massacre of the Innocents.