A voice crying in the wilderness

Well, either Blogger is no longer bloggered, or I'm having new problems with the computer at home.

This is the first time I've been able to get into Blogger today. Obviously, I'm not at home. Whether any new posts re: Advent and other issues will be forthcoming remains to be seen.

In the meantime, something left over from yesterday (Advent is about setting the prisoner free, right?): 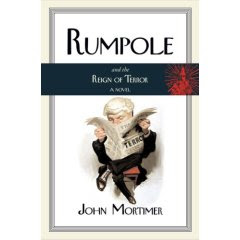 A previously undisclosed Pentagon report concluded that the three terrorism suspects held at a brig in South Carolina were subjected to months of isolation, and it warned that their "unique" solitary confinement could be viewed as violating U.S. detention standards.

According to a summary of the 2004 report obtained by The Washington Post, interrogators attempted to deprive one detainee, Ali Saleh Kahlah al-Marri, a Qatari citizen and former student in Peoria, Ill., of sleep and religious comfort by taking away his Koran, warm food, mattresses and pillow as part of an interrogation plan approved by the high-level Joint Forces Command.

Interrogators also prevented the International Committee of the Red Cross from visiting at least one detainee, according to the report, which noted evidence of other unspecified, unauthorized interrogation techniques.

Note, first, the "unspecified, unauthorized interrogation techniques." That is the classic loophole large enough to drive a truck through. Note, too, the fact that this treatment was authorized by Joint Forces Command.

Suddenly Janis Karpinski is not standing alone when she claims she had documents from Rumsfeld authorizing torture in Abu Ghraib.

I will tell you, I understand the kind of chutzpah lawyers are expected to show on behalf of their clients, but this stuns even me:

Prosecutors asked the judge to quash the subpoenas, arguing that Padilla's attorneys are making "meritless" and "sensationalist" claims to turn the court's attention away from his alleged misconduct. In previous filings, the government decried the "absurdity of Padilla's assertion" that he was abused, noting that the government was "conscientious enough to tend to his toothache."

The Times now has their article behind a "Select" firewall, but the incident referred to is the now infamous videotape of Mr. Padilla being chained, blindfolded, and his ears covered, to move him from his cell to a dentist's chair for a root canal. A procedure he presumably underwent with those chains, headphones, and blindfold firmly in place.

Can you imagine more horrific treatment?

I'm reading this book right now, John Mortimer's latest in his "Rumpole" series. Interesting how much it tracks the Padilla case: an innocent man, albeit not a British citizen, is arrested on unspecified charges, and Rumpole must find a way to get him charged with a criminal offense so he can be brought to trial. Absent a Supreme Court, of course, another way must be found. But while Mortimer is deadly serious about the suspension of the rule of law in England, he uses a light touch as he does in all the Rumpole stories. Truth is much stranger, and grimmer, than fiction. Indeed, reading the latest Rumpole, all I can say is: "Don't you wish real life was like this?"