"I may make you feel, but I can't make you think."--Jethro Tull 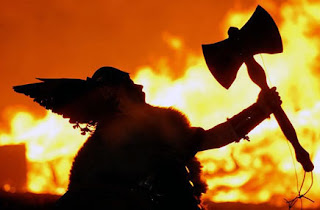 Alright; for the three people (or so) still checking in to see if I have anything to say about the end of the year:

I'm watching "Wag the Dog" ("I saw it on TV") and thinking about this NYT editorial where the Grey Lady finally catches up with left blogistan and reality (better late than never? Sometimes, no, too damned late), and I'm thinking: after 6 years and a movie that so perfectly nailed the manipulation of sentiment and public opinion that has become American Everything (Idol, Politics, Policy, Governance, You-Name-It; Hailey Barbour telling the good people of Mississippi that Congress was wise to let Mississippi decide how to dole out federal recovery funds for Katrina victims, and Mississippi in its wisdom denies money to victims of wind damage. Well, the reasoning is people who didn't have property insurance don't deserve a gov't handout. Unless, of course, the damage was to a major port facility; then money needs to be diverted for that. And I remember the civil rights struggle of the '60's and why we needed to take these decisions away from state governments...and here we go again)...

So, as I was saying, I'm watching "Wag the Dog" and the bathos and pathos and sentimental claptrap that even the fictional POTUS won't go along with until Dustin Hoffman takes five minutes in the Oval Office to give the speech the POTUS says is "too corny," and all the White House female staff leave the room weeping...WEEPING!....and Willie Nelson writes a "We Are the World" song and then a faux folk song about a dog and an old shoe and the CIA tries to declare an end to the war and they get the old end run run on them and....

We saw it all 4 years earlier and we still bit and we're still biting (Americans still, supposedly, think Republicans are more to be trusted on fighting terrorism than Democrats), and the NYT has finally decided this might not be a good thing but their answer? Their final, considered answer?

We can only hope that this time, unlike 2004, American voters will have the wisdom to grant the awesome powers of the presidency to someone who has the integrity, principle and decency to use them honorably. Then when we look in the mirror as a nation, we will see, once again, the reflection of the United States of America.

Um, hello? "Awesome powers of the Presidency"? Did Keanu Reaves have a say in the re-write? How about we elect a Congress which will curtail those "awesome powers" no President should have in the first place? How 'bout we all sit down and watch this movie and see just how this was done to us, since recent history obviously offers no guide at all....

So, as I say, I'm watching all this, and I'm thinking about 2007, and what I have to say about the year just past is:

Onward through the fog. Peace love woodstock, y'all. May it be a good and blessed one for all three of you stumbling along here looking for a blessing. Or at least an idle pastime between the celebratory Jell-O shots. 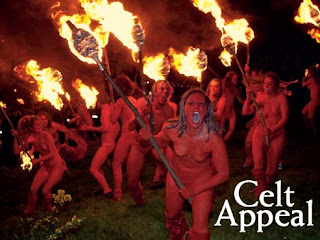 (You can't blame me; it's from National Geographic. So it's educational. Besides, it's Hogmanay!)