Letting the Days Go By 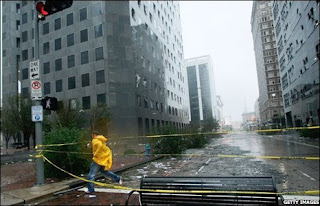 This old town should have burned down
In nineteen twenty-nine.
That's when we stood in line,
Waiting for our soup,
While swallowing our pride.

This old town should have burned down
In nineteen thirty-one.
When the rain refused to come.
Air filled up our bellies,
Dust filled up our lungs.
And we thought our time had come.

But this old town was built by hand,
In the dustbowl of the motherland.
There must be rock beneath this sand.
I'll be damned, this town still stands.

This old town should have burned down
In nineteen forty-four,
When the last man went to war.
They came back different,
If they came back at all.

This old town should have burned down
In nineteen fifty-six.
That's when the twister hit.
And all our hopes lay buried
Beneath the boards and bricks.
And we almost called it quits.

But this old town was built by hand,
In the dustbowl of the motherland.
There must be rock beneath this sand.
I'll be damned, this town still stands.

Somewhere in the distance,
The city lights do shine.
Sidewalks gleam with neon dreams,
That call from time to time.
When my children's children ask,
Why I didn't go, I'll say,
"The heart of any town
Is the people that you've known,
And they always call you home."

This old town was built by hand,
In the dustbowl of the motherland.
And there is rock beneath the sand,
I'll be damned, this town still stands.

This song has been going through my head, and I've been meaning to post it. But after watching the local news last night, I'm not sure I can share this song's sentiment anymore.

I don't watch local news, mostly because I don't watch the broadcast networks anymore. Now that all I can get is the local stations with very poor reception because new TeeVees presume a cable connection and don't come with an antenna (O machine! O machine!), I'm stuck with local news and really, really, I mean excruciatingly bad, broadcast network TeeVee shows. "The Unit" stands out as an example of creeping militarization in our culture: the country is under attack by "bad guys" (probably "terrorists," but I didn't pay enough attention to find out) and only the military can save us. I.e., in order to preserve democracy, we really do have to destroy it.

I needed a bath after 10 minutes of that. It's a sad irony that CBS comes in much better than PBS. I finally put in my DVD of "A Prairie Home Companion," the Altman film, and enjoyed it so much I've sworn off broadcast TeeVee for good. Comcast can call me when my cable is reconnected. In the meantime, I'm counting days to get credit on my next cable bill. If it wasn't for "Mad Men" and "The Daily Show" and TCM....

But local news is even worse. I had that on, too, while I ironed shirts last night. "APHC" was too interesting; I sat down to watch that, so I had to turn it off to get the work done. Before that it was the news, and I was shocked at how chauvinistic local news coverage now is. Not the news coverage per se, but the station's attitude about its news coverage. To hear them tell it in their commercials (and they ran one during every commercial break, which made me wonder about their revenues), they are the glue holding the Houston community together, and without them, we would all being living blighted and benighted lives, and the despair after Hurricane Ike would have driven us all out of town. But thanks to the local station, which always cared about us and was always "with us" and "stood right beside" us, Houston was going to be okay. Check that: I can't stop thinking in terms of "Us" (the citizens) and "Them" (the TeeVee station). But the grammar of the ads was clear: it was "me" they were talking to. The TeeVee station was there for "me." Yeah, and this Bud's for me, too.

Set aside the irony that, at one point, 3 million people in their viewing area were without power (and so not viewing them), the local CBS affiliate insisted they were "standing with" me (me, mind you; not a collective "you," but me individually) throughout the assault of Hurricane Ike and after. They even had audio clips of callers telling them how much the local station meant to those callers (which was even sadder, actually.) I've heard such language used by churches trying to promote themselves (which is yet another sad song to sing), so it struck me that the TeeVee station was thinking of itself as a church now, as the community group that made community possible (yet another reason to doubt the ecclesiology I was taught in seminary; but that's still another topic!). The station insisted they were "standing by me" through this "crisis." And all I could think was: where were you when I was cleaning my yard for three days? Where were you when I was lifting the generator out of the car, with my strained back? Were you the one running an extension cord across the street so I could have a light and an electric fan? The one who loaned me the tree saw? The one who told me what gas stations were open?

But I thought, too: this is the language of the church, and weak language it is, in the modern context. We say God is the one standing by us, not a TeeVee station that couldn't find my home address without MapQuest and an editorial directive. But what is that supposed to mean, that "God is with me" in a crisis? I know what it means in a very well defined context, but remove the idea from that context and it's cold comfort, indeed. Replace the noun with a local TeeVee station, and it' s just flat bizarre.

Once again I questioned the language of the church I am a representative of, but once again I looked at the culture most people live in (and I do, too, though too seldom do I recognize it) , and thought, to paraphrase David Byrne: "My God, what have we done?!"
Posted by Rmj at 8:04 AM