On a slightly related note 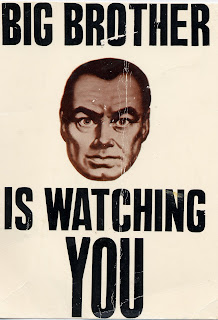 Amy Goodman and two Democracy Now! producers have been arrested at the GOP convention. You know, the one where all good Americans are Republicans who put partisanship aside when there's a natural disaster. Apparently what isn't put aside is arrests for "suspicion of rioting."

I must have missed that crime in my Criminal Law class decades ago. "Suspicion of rioting" is a legal charge? A basis for detaining someone against their will? A crime? "Suspicion of rioting" sounds like "a little bit pregnant," to me. You know, sort of: "We don't know what you were doing, but we suspect you were rioting, and that's good enough for us! Come along." I understand the inchoate crime of conspiracy. But the St. Paul police seem to have created an inchoate charge. "We suspect you of rioting, so you're under arrest:" what kind of charge is that? Suspicion is supposed to lead to probable cause, not be probable cause.

And what is it about GOP conventions? This happpened in New York, four years ago; now it's happening in St. Paul. What is it about Republicans coming to town that turns the city into a police state?