A Method of the Discourse 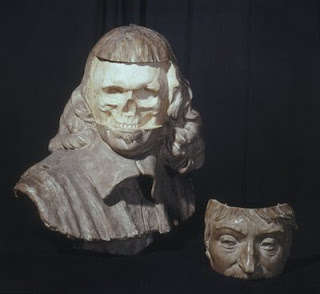 Good sense is the most evenly distributed thing in the world; for everyone believes himself to be so well provided with it that even those who are the hardest to please in every other way do not usually want more of it than they already have. Nor is it likely that everyone is wrong about this; rather, what this shows is that the power of judging correctly and of distinguishing the true from the false (which is what is properly called good sense or reason) is naturally equal in all men, and that consequently the diversity of our opinions arises not from the fact that some of us are more reasonable than others, but solely that we have different ways of directing our thoughts, and do not take into account the same things. For it is not enough to possess a good mind; the most important thing is to apply it correctly. The greatest minds are capable of the greatest vices as well as the greatest virtues; those who go forward but very slowly can get further, if they always follow the right road, than those who are in too much of a hurry and stray off it.

For myself, I have never presumed my mind to be any way more accomplished than that of the common man. Indeed, I have often wished that my mind was as fast, my imagination as clear and precise, and my memory as well stocked and sharp as those of other people. And I personally know of no any other mental attributes that go to make up an accomplished mind; for, as regards reason or good sense (insofar as it is the only thing that makes us human and distinguishes us from brute beasts), I am ready to believe that it is altogether complete in every one of us, and I am prepared to follow in this the agreed doctrine of those philosophers who say that differences od degree apply only to accidents, and not to forms or natures of individuals of the same species.

Rene Descartes, A Discourse on the Method of Correctly Conducting One's Reason and Seeking Truth in the Sciences, tr. Ian Maclean.

Sometimes I think I should just post quotes from what I'm reading, and leave it at that. I've always studied Descartes as the "father" of modern philosophy, but I hever fully appreciated that phrase until I finally started reading the Discourse (two weeks without power has a wonderful way of focusing the mind. You can do so much more without distractions!). I'd taken the claim philosophically, and understood it to refer only to Descartes's ideas, especially the cogito that makes it's appearance in the Discourse. But nobody ever mentioned how much of a stylist Descartes was, or what a revelation the Discourse is.

First, it was written to make his ideas popular, so it's not a text just for philosophers. Ironic, since it is widely reported as the seminal philosophical text of Cartesianism. And he sets a tone, one almost lost since Plato's dialogues (which Hume tried, unsuccessfully, to resurrect.): he makes his ideas personal, to you and to him. Sartre wandered back and forth between these realms: the literary and the philosophical, and frankly his better philosophical work is not the technical Being and Nothingness (which is pretty much a response to Heidegger's Being and Time), but his essay on existentialism, a lecture given later in life. He shines in that, and his philosophy takes on the virtue of something worth contemplation. But I don't think of Sartre when I read Descartes: I think of Kierkegaard.

It's almost impossible for me to read the Discourse and not hear the voices of the psuedonymous writings: here is the earnestness and passion of Johannes de Silentio or Anti-Climacus. In fact, I can't read Kierkegaard's pseudonymous works now without thinking he was consciously emulating Descartes (take that, Georg Wilhelm Friederich Hegel!). Certainly the model was available. Certainly S.K. so avoided the scholastic dryness of the Germans that he is still not commonly regarded as either a philosopher or a theologian, but as a "writer." Of course, Descartes wrote few books for a wider public audience, but the Discourse is the one everyone talks about; it is the common touchstone of Cartesianism, of modern philosophy. And that opening, one at once flattering and seemingly sardonic, one that approaches wry sarcasm but just as wryly pulls away with sincerity, sounds almost like the pseudonymous voices of Fear and Trembling or Stages on Life's Way. You can almost hear Kierkegaard reading it and thinking: Yes, yes, this is how you present ideas. Not to mention how much closer to S.K.'s thinking Descartes is than Hegel or Kant. And Descartes, from all accounts, is creating a persona here, a humble and modest philosopher, when the truth is he was (like S.K.) quite convinced of his intellectual gifts, and quite acerbic toward those who didn't understand as he did (even if they were right).