For no reason other than I can 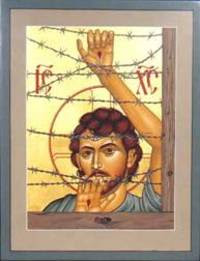 Let me just say I'm ready to be an agnostic on the question of whether or not Bush & Co. should be prosecuted for various crimes and violations of law.

Even Daniel Schorr thinks something should be done, for the very reason that an inquiry, at least, would set the boundaries of what is acceptable practice by a President. Let me stop right there, because that is the key issue. A guest on Pacifica Radio this week, during the Senate confirmation hearings for Eric Holder, explain the "Office of Legal Counsel" in the White House, the office from which John Yoo issued his infamous legal memos.

The guest pointed out that, rather eerily like Richard Nixon said, when the President does something, it's legal. And it's legal because the Office of Legal Counsel advises the President on what is, and is not, legal (which makes the Office both very powerful and very important when you seek good governance rather than just governmental power). The only check on this establishment of what's legal is the courts. If the President should be taken to court because of his actions (difficult to do for a number of reasons), and lose (think Hamdan v. Rumsfeld), only then is the power of the President limited. Absent that extraordinary situation, basically, it's true: if the President does it, it'e legal.

Frankly, it's the only way the system can work. It depends a great deal on the good will of the President, and the restraint of the Office of Legal Counsel. Now, let's turn our attention to proposals for prosecutions, keeping in mind our sympathies for Daniel Schorr's position.

Obama is so far ambiguous about his plans, which put Paul Krugman in a righteous lather. Krugman argues, quite persuasively, that:

...[I]f we don’t have an inquest into what happened during the Bush years — and nearly everyone has taken Mr. Obama’s remarks to mean that we won’t — this means that those who hold power are indeed above the law because they don’t face any consequences if they abuse their power.

Which sounds pretty reasonable, until you consider that Prof. Krugman is an economist, not a lawyer; and he imagines a legal scenario not that far removed from the "ticking bomb" scenario beloved of torture apologists like Sen. John Cornyn and aficionados of "24". I.e., it's a fictional scenario where you get to write the ending. As Woody Allen said in "Annie Hall": "Don't you wish real life was like this?"

In the "ticking bomb" scenario, you know the torture will cause the terrorist to tell the truth, the whole truth, and nothing but the truth. Unfortunately, of course, it doesn't work that way in real life. In real life, the torture victim tends to tell you whatever you want to hear, and by the time you find out he was lying, it's too late, and not only have you wasted your time on a useless and indeed damaging interrogation technique (interrogators insist gaining the trust of the prisoner is far more productive than torturing them), but you've sold your soul for a mess of pottage. And in all ways possible, you have failed those you were supposed to protect. So it's a losing proposition that you insist will work only because you insist you can write the outcome; but, of course, you can't.

Enter Alan Dershowitz, a man who has supported torture, so I'm not inclined to accept his arguments at face value. But Mr. Dershowitz is also a lawyer and, alas, he has a point:

There is almost no possibility that such prosecutions could succeed. A fairly selected jury would almost certainly acquit. The defendant would simply present the jury with the classified intelligence that demonstrated the extraordinary threats facing the United States. If the government refused to declassify these threat assessments, the defendant would have a strong case for dismissing the charges against him, because he was being denied his right to present relevant evidence under the Sixth Amendment. Most jurors would be extremely sympathetic to the Jack Bauer, "Do whatever it takes to stop terrorism" argument.

No one can predict the future, or how a jury would rule in a given case. Who could foresee the first O.J. Simpson murder trial verdict? I think Dershowitz raises an excellent legal point: the defense could demand classified documents which, if it couldn't get them, would present a 6th Amendment defense. End of trial, and what have you accomplished?

Or there is a trial, which always introduces the risk the jury will vote to acquit, and not only have you not accomplished your goal, you've set almost in stone, certainly by your own actions, a vindication of that which you sought to declare most foul and unclean. This won't be, after all, a replay of the Nuremberg trials, where the prosecution really held all the cards and the defendants were already seen as the worst criminals imaginable, and evidence against them could only shock the conscience of the entire world. This won't even be South Africa, where truth and reconciliation depended on coming clean about hideous crimes of violence and racism, and where the alternative was to be turned over to a legal system where people would happily convict you, if only as a matter of vengeance (whether this was true or not, it was most certainly the fear of many who had the chance to go before the Commission, or face the courtroom). In short, this will not be a trial about the torture of your fellow citizens, but of foreigners who wanted to kill your fellow citizens.

Still feeling like you are sure the outcome would be what you wanted? We could well end end up with a situation worse than we have now. As Dershowitz says:

A defendant in such a case would also invoke Thomas Jefferson who strongly favored breaking the law in extreme cases of national security, Abraham Lincoln, who repeatedly broke the law, and Franklin Roosevelt, who not only broke the law but ordered the racist detention of more than a hundred thousand Japanese-Americans.

An acquittal in such a case would be seen by many as a vindication of the Bush policies, which is certainly not something those who advocate prosecution would welcome. So be careful what you ask for; you may get it.

Would that defense guarantee an acquittal? No; nothing can do that. But it would make a conviction highly unlikely, and even if one was obtained, the defense would make the conviction a very muddied success, indeed.

So as we imagine a prosecution would vindicate all of our worst suspicions and deepest convictions about the outgoing Administration, stop and consider that we don't get to write the ending to this story, and the world doesn't always see things precisely the way we do.