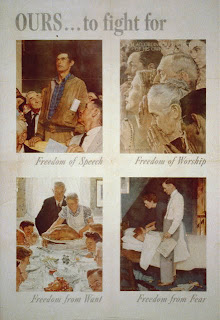 Just to add an addendum to what was said before, WaPo notes:

To the usual trappings that help many homeless people endure life on the streets -- woolen blankets, shopping carts or cardboard box shelters -- add the humble cellphone.

Today, it's not unusual for the homeless to whip out Nokia 6085 GoPhones (with optional Bluetooth and USB connectivity), stop at a public computer to check e-mail or urge friends to read their blogs.

It's another sign of a society in transition by way of technology, as businesses shed physical addresses for cyberspace and homeless people can establish an online presence and chase opportunities digitally.

"Having a phone isn't even a privilege anymore -- it's a necessity," said Rommel McBride, 50, who spent about six years on the streets before recently being placed in a city housing program. He has had a mobile phone for a year. "A cellphone is the only way you can call to keep up with your food stamps, your housing application, your job. When you're living in a shelter or sleeping on the streets, it's your last line of communication with the world."

Advocates who work with the District's homeless estimate that 30 percent to 45 percent of the people they help have cellphones. A smaller number have e-mail accounts, and some blog to chronicle their lives on the streets.

The hierarchy of needs depends entirely upon what civilization you live in.