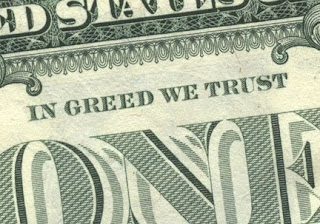 I'm listening to Richard Wolff on Casino Capitalism on the local Pacifica station. His thesis is that American economic history from 1820 to 1970 reflects a rising standard of living, due to rising wages, for every decade of those 150 years. He points out this includes the decade of the Great Depression, because while wages fell in that decade, prices fell faster. This, of course, created an expectation of rising wages and a rising standard of living on into the future. But it ended in the 1970's, due to a confluence of events (two of which, as I can recall, were the advent of the computer, which replaced workers, and the return to full industrialization of Europe and Japan, both of which rebuilt with "Competing with America" in mind. That first might seem less relevant than the latter, especially since the PC didn't come along for another decade, but I recall the stories of people hired to crunch numbers for the Manhattan Project, people replaced now by computers. So there's something to it, in the Big Picture.)

In the '70's, then, that stopped, and the question was: will people adjust? Will they decide to lower consumption, expect less, be happy with what they have, rather than what they can have? (This 150 year period also created the understanding that we are what we own, or what we'll be able to own. A sort of Midas Plague, as it were.) Or would they borrow themselves into a position where debt now equals, even exceeds, income?

I think we know the answer to that one. The question now is: is that about to change, again?:

Ed Kerschner, chief investment strategist at Citi Global Wealth Management, says the US has passed an “inflection” point, marking the end of an acceptance of conspicuous consumption that he traces back to the Reagan presidency of the early 1980s. The end of easy access to consumer credit will, he argues, lead to “thriftiness” focused on “value”, rather than “frugality” focused on low prices.

“It’s going to be about thrift...it’s not about being frugal or cheap,” he says.

Context-Based Research, which sent its cultural anthropologists out to US cities in December, said it heard consumers talking of “community”, “hard work”, and “taking responsibility”.

He also says it is still hard to gauge the inevitable impact of the recession on young people. “When I pull out a credit card, my eight-year-old daughter says, “you are using debit, not credit, right, Dad?” It’s funny. But that will stick with her for the rest of her life.”

An Iowa state Senator, on NPR last night, said his mind started to change on the subject of gay marriage when his daughter told him her generation just didn't care who was married to whom. My daughter is studying transgender issues in her high school class, concepts not even spoken of in my high school 35 years ago. In some sense, our children pull us into the future now. In another sense, the future may be here.

I remember the 1970's well. The remarkable economic feature of it was inflation, which fueled credit card purchasing, because you could by today and pay in 30 days, and actually make money, because in 30 days your purchasing power had actually declined, due to inflation. Everybody caught on to this very quickly. I also remember the "new frugality" this supposed imposed on us, because it became too expensive to buy what you didn't need. I was taking TIME Magazine at the time, and the story on the change in consumption stuck with me. This, TIME said, marked a return to a frugal America, to a (they didn't put it this way, but) pre-1820's America, an America before expectations of rising wages and rising living standards created the expectation of the "American Dream:" "Use it up, wear it out, make it do, or do without." That was the America we were supposed to become.

Instead, Whole Foods Market, which started in Austin as an "alternative" grocery store run by hippies, became "Whole Paycheck," an upscale grocery store you at least wanted to be seen in, whether you could afford it or not. When NPR ran a story last Fall about an upper-income mother who'd stopped shopping at Whole Foods because of the expense, I knew something was coming. But has it come now? We thought it had in the '70's; but "easy credit," according to Mr. Wolfe, was just gearing us up for the Reagan '80's, which even financial leaders now saw is the period of excess we are just seeing ended.

I think so. I honestly think so. As Mr. Wolff says: "There's nothing left to bubble." The Internet bubble, the marketing bubble, the real estate bubble: all burst. Will we rush to do this again?

No. No, I think our kids are changed, and we are going live into that change.

“When I pull out a credit card, my eight-year-old daughter says, “you are using debit, not credit, right, Dad?” It’s funny. But that will stick with her for the rest of her life.”

I think it's going to stick with a lot of us; especially those whose lives are just beginning and, God willing, are going to be long and full indeed.