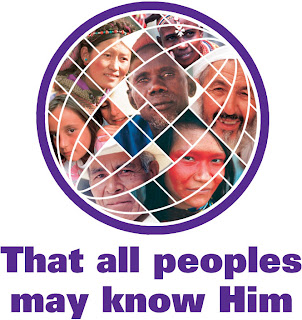 [T]he chaplains appear to have found a way around the regulation known as General Order Number One.

"Do we know what it means to proselytise?" Captain Emmit Furner, a military chaplain, says to the gathering.

"It is General Order Number One," an unidentified soldier replies.

But Watt says "you can't proselytise but you can give gifts."

Um, no; the rule of law isn't that stupid; loopholes are not that easily made:

"The translated bibles were never distributed as far as we know, because the soldier understood that if he distributed them he would be in violation of general order 1, and he would be subject to punishment."

[U.S. military spokeswoman, Major Jennifer Willis] said she was aware of at least one case of a soldier who had been punished for giving out coins that had biblical inscriptions on them.

Jeremy Schahill notes that Lt. Gen. William Boykin made some very inflammatory remarks about Islam and Christianity. What he doesn't note is that, while this footage Al Jazeera just broadcast was over a year old, Lt. Gen. Boykin retired from the military in August, 2007. Which is not to say Lt. Gen. Boykin can't be a poster child for religious intolerance in the military (he certainly worked hard on his own to attain that dubious honor), but he has nothing at all, at least directly, to do with this case.

Are there religious fanatics in the military? Undoubtedly. Lieutenant-Colonel Gary Hensley, the chief of the US military chaplains in Afghanistan, would seem to be one such. In the video, he's shown telling soldiers they must "hunt people for Jesus," a clear reference to the Great Commission side of Christian soteriology. But is the chaplain directing the soldiers to proselytize Afghans? Or to proselytize fellow soldiers? Or to display Christ-like behavior, to model Christian ethics and teaching the better to persuade people to join you? Those questions are where Major Willis' response becomes relevant again:

... U.S. military spokeswoman, Major Jennifer Willis, said the comments from the sermon were taken out of context and chaplains were told to make clear to soldiers that they could not proselytize while serving.

Lt. Col. Hensley is telling his listeners to evangelize, but read his remarks carefully, and consider exactly what he says:

In a video obtained by Al Jazeera and broadcast Monday, Lieutenant-Colonel Gary Hensley, the chief of the US military chaplains in Afghanistan, is seen telling soldiers that as followers of Jesus Christ, they all have a responsibility "to be witnesses for him."

"The special forces guys - they hunt men basically. We do the same things as Christians, we hunt people for Jesus. We do, we hunt them down," he says.

"Get the hound of heaven after them, so we get them into the kingdom. That's what we do, that's our business."

Is that directed at Afghans? At soldiers? At US civilian personnel and private contractors? It is simply impossible to know for sure. Does the chaplain make his meaning clear? Not in these excerpts. But does that mean we know what he said?

The chaplain may have been preaching evangelical soteriology, exhorting his listeners to display Christ-like behavior, the better to draw others to their beliefs, and so offer the salvation they see as true and salvific. Or he may have been violating General Order No. 1, and telling his flock to convert the heathen. From news accounts, we simply can't tell.

So what we have here is excerpts from one sermon, which the military says has been taken out of context, and one overly zealous soldier who, the military reports, wasn't allowed to violated General Order No. 1. Conflicting prime directives, if you will, and which one prevailed? The military tells us theirs did. Al Jazeera is less than sanguine, but what the military decrees, and what individual soldiers attempt to do, can be two very different things. This isn't a clash of civilizations, it's a clash of cultures. But even which cultures, and who is clashing, is not even clear.