"I swear I saw your face change, it didn't seem quite right." 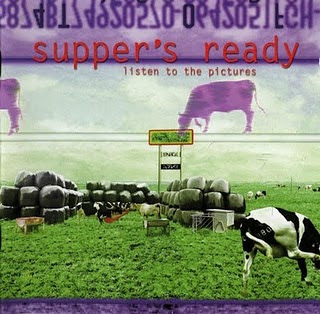 A simple question re: Nation-building.

Why do we imagine that water-treatment systems and power plants will automatically lead to peace and a stable nation?

Not to disparage such ideas as necessary to civilized existence, or as a definite good, but the comparison here to Germany and Japan is important. Both nations were defeated in war, not invaded and overrun, or suffering under ineffectual governments or suffering absolute civil collapse, or civil collapse consequent to invasion. It's the civil condition that's critical, not the condition of the infrastructure. Germany and Japan already had social stability; infrastructure merely aided in maintaining that stability. Haiti, Bosnia, Kosovo, Somalia, Afghanistan: all had suffered social collapse or prolonged social instability. Water treatment plants and electricity were not going to replace what culture could not provide. Which is not to say culture could not eventually provide it; but technology is not a substitute for culture. If it was, there'd be no ghettoes in America, no "wrong side of the tracks," no neighborhoods where you keep your car doors locked and don't stop at red lights. (Yes, I exaggerate, but to make a point.)

It's peculiarly Western, or perhaps peculiarly American, that we think all problems are solved by owning or providing to society the right "things." And yet we only apply that lesson abroad; we never apply it at home, where we know it doesn't work (or imagine it leads to personal corruption). It isn't that the advantages of industrial society are actually disadvantages: but they aren't the reason for civil order or social happiness.

And yet we go on telling ourselves so, at least when we extend our reach abroad and try to bring peace and order to foreign lands. Or, more accurately, we tell ourselves it is so simply because it benefits contractors like Halliburton, who build the power plants that don't work and the water treatment systems that never get completed. Such socialism is anathema at home, but de rigeur abroad. As always we have again committed fornication, but, it was in another country and besides, the wench is dead.

I guess there is some value to a liberal arts education, huh?

And, to go on too long, that subject is connected to this one. Which I mention only because of the second comment.

The unemployed are a constant reminder of the failure of Republican policies.

Seriously, the economy has changed as we sent all of our jobs to China. We have a lot of 50+ people who may never work again. What are we to do with them?

This marks at least the third time within my lifetime that unemployment has hit so many people in middle age. I remember the spate of books that came out then, like Executive Blues, a book I remember reading as an article in Harper's in the mid-90's:

Jerry Meyer was a certified success story--the youngest-ever vice-president of McDonnell Douglas at the age of 40. At the age of 50, he was unemployed and on the flip side of that dream, a victim of corporate downsizing. His bewildering journey from corporate success to white-collar joblessness is a memoir that Fortune magazine called "brilliant, original, and raging".

If you thought that receiving a nice severance package and having out-placement specialists assisting you makes job search easier, think again. Meyer chronicles his experience in job hunting after being laid off from a corporation. He begins in 1991, weaving past and present into his narrative and revealing to the reader the many forces that shaped his career and his often conflicting feelings about working and the future. The subjective nature of the narrative is both the strength and the weakness of the book. Meyer taps feelings that a downsized employee could relate to and even encourages introspective thinking, yet he is cynical. His tone might be too discouraging for a job seeker.

That's a much more accurate review of the book. And that was nearly 20 years ago, long enough for a new generation to grow up ignorant of the immediate past (as all American generations seem to do). And that was after the collapse in the economy in the 80's. Anybody remember Jerry Meyer? Anybody remember the number of people in their 50's in the '90's who were suddenly unemployed and unemployable? That time, we blamed Japan, not China. Anybody else remember we've seen this movie?

And if all of this starts to sound like territory Barbara Ehrenreich has covered more recently, that's because it is.

As I say, I'm in my 50's now, and I've seen this movie three times. When do we start to take a lesson from it? Or will we just keep treating it as a movie, and continue in our uniquely ahistorical posture?