"I know a fireman who looks after the fires...." 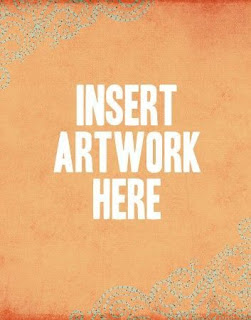 I've never cared for the basic premise of assertions like this. That is to say, I've been fairly well educated in the sciences, and did a lot of reading in science when I was young (I did a lot of reading in a lot of subjects; I still do). Yet I can never remember what the Second Law of Thermodynamics is (pace C.P. Snow; and your idea of the "Two Cultures" was rather weak anyway), and I'd never before heard of Euler's Identity (nor did the link to Wikipedia enlighten me much; surprise, surprise.). I do, however, think Wittgenstein would have a lot of fun with a statement like this:

After proving Euler's Identity during a lecture, Benjamin Peirce, a noted American 19th Century philosopher/mathematician and a professor at Harvard University, stated that "It is absolutely paradoxical; we cannot understand it, and we don't know what it means, but we have proved it, and therefore we know it must be the truth."

But oddly, I still don't consider myself scientifically illiterate. I speak jargon in three different professions(academic English; law; and theology/philosophy), so I understand the concept of "speaking science." I'm just not impressed by it. It's a minor skill set, a set of vocabulary, a specific lexicon. But it's still a language game. Big deal.

I could tell you how you don't speak my jargon, therefore you have no business talking to me. I could establish foundational claims in philosophy of religion, or theology, or literary criticism, and fling them about proving you are a fool unless you speak as me! Feh. Had enough of that in graduate school. Left academia the first time to get away from it. I'm not interested. It proves nothing.

On the other hand, I despise ignorance and affect; which is probably why this kind of pose bothers me. At either extreme we can establish a litmus test, an initiation rite, a test which you must complete in order to be allowed into the charmed circle of discussion. We need some standard, of course: it is pointless to argue with fools. Ultimately, though, I've come to the conclusion that it is simply pointless to argue.

Do you want to establish your position and persuade others it is sound? Fair enough. Do you want to sweep the agora of all foolishness and wrong-headed nonsense? Might as well stop the tide coming in while you're at it.

Now, to be fair, Gareth Harris is inviting a dialogue, not dismissing the ignorant as impossible to teach. I agree with him, ultimately. If you would discuss a subject, learn it first. I guess I just prefer a bit more humility in the approach. The more I have learned, and I have learned a great deal, the more I realize I know very little about a lot of things. But the more the world comes to resemble Borge's Library of Babel for me: as full of books as there are stars in the sky, indeed more full than that. It is a library that comprises the universe itself, but none of the books are written in a language I can read, even though the books themselves comprise all language. My knowledge is a paltry thing, and the more I apply myself to learning the greater portion of one field, the narrower my scope becomes, and the less I know of the universe itself. Although I imagine that if I simply persevere in one pursuit, I will finally see the universe in a grain of sand, and know all eternity in an hour, I also know this is not true, that the microcosm is not the macrocosm, and that the more I learn about one thing, the less I learn about all things. So I abjure jargons.

Could I set you a task of understanding the world's literatures, or just those I know best, from Western culture? But which way will I have you learn it? What will I establish as fundamental? The moment I choose something, I set it apart as a mountain, but to climb a mountain is merely to reach the top. What about all the other mountains, and the valleys, and the deserts, and the beaches, and the plains? Philosophy of religion? Which is more important? The Christian question of theodicy? The metaphysical nature of the Ground of Being? The experience of eternity, the mystical union with the Godhead? The peace that passes all understanding? Which must you know before we can converse? Must we learn the nature of the soul? Must we agree there is a "soul"? Must we accept that the most important things in the universe are knowable to the human mind? Must we decide that what is not knowable is worthless? Should we first decide what it means to "know"?

So you should understand the fundamental concepts of epistemology, then? But whose? Those of Socrates? Or Locke, Berkeley, Hume? Kant? Gadamer? When do you know enough that we can discuss existentialism in the realm of Christianity? After you've read all of Kierkegaard? Or Kierkegaard and Tillich? Or should we read Buber together in order to both grasp the nature of the I-Thou as he understood it? Is this essential? Or merely my interest, my hobbyhorse, the way I came to the understandings I have now?

I don't know. I don't know. The commandment was that we love one another. Are we doing that now? (I address only other Christians now, I know.) And if not, why not? What else are we called to do? Evangelize? Wouldn't loving one another do that? Wouldn't it do it better than anything else?

But which is easier? To evangelize? To set some ground rules before you can talk to me? Or to love one another? Three guesses; first two don't count.