To Kill a Bad Idea 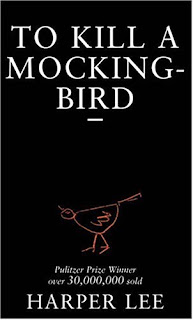 In which the author proves he is a Southerner, and probably a racist, to boot. Maybe. We'll see.

Battle has been joined on the topic of the 50th anniversary of To Kill A Mockingbird. Let me first say I am amazed to see this book still on most "required reading" lists in the high schools around me. Nothing wrong with that, per se, but you might be surprised just how many books you read in high school (especially if high school was 30+ years ago) that are still being read there. I know my father didn't read a lot of them because they weren't in print when he was in high school, but the bulk of the titles I first encountered in high school English still fill the bookshelves of bookstores in the "Literature" section. In some cases, like The Catcher in the Rye, I don't understand that (if ever there was a book that was particularly a product of a particular class and locale and time period....). In the case of Mockingbird, I do. I find it hard to understand the world of Holden Caulfield, a world I never knew. I find it easy to enter the world of Scout Finch, also a world I never knew. But I almost did; as I say, I'm a Southerner.

Although by the time I was growing up in the South, the civil rights movement was already underway. Interestingly, we forget it was underway under Eisenhower; that Truman even gave it a nudge when he integrated the armed forces. The Civil Rights Act was not an act sui generis by LBJ: he did it hot on the heels of the death of JFK, using that horror was another impetus to get a law begun under JFK, passed. And of course, that law didn't end the problems of race in America, either. So there's a continuum here, one that began long before the Articles of Confederation were a gleam in anyone's eye. Hard not to pay attention to these things if you're a sentient Southern boy.

The major problems with Mockingbird seem to be that it is an artifact of its time, and insufficiently anticipates the attitudes of white liberals in America in 2009-10. Malcolm Gladwell, of Tipping Point and Blink fame (and whom I consider an idiot; his books are textbook examples of how NOT to do causal analysis) thinks Atticus is a flawed liberal icon because he is a good lawyer. No, seriously.

This is essentially the defense that Atticus Finch fashions for his client. Robinson is the churchgoer, the “good Negro.” Mayella, by contrast, comes from the town’s lowest breed of poor whites. “Every town the size of Maycomb had families like the Ewells,” Scout tells us. “No truant officers could keep their numerous offspring in school; no public health officer could free them from congenital defects, various worms, and the diseases indigenous to filthy surroundings.” They live in a shack behind the town dump, with windows that “were merely open spaces in the walls, which in the summertime were covered with greasy strips of cheesecloth to keep out the varmints that feasted on Maycomb’s refuse.” Bob Ewell is described as a “little bantam cock of a man” with a face as red as his neck, so unaccustomed to polite society that cleaning up for the trial leaves him with a “scalded look; as if an overnight soaking had deprived him of protective layers of dirt.” His daughter, the complainant, is a “thick-bodied girl accustomed to strenuous labor.” The Ewells are trash. When the defense insinuates that Mayella is the victim of incest at the hands of her father, it is not to make her a sympathetic figure. It is, in the eugenicist spirit of the times, to impugn her credibility—to do what A. A. Sizer did in the John Mays case: The victim, coming from the same inferior stock, would likely share her father’s moral character. “I won’t try to scare you for a while,” Finch says, when he begins his cross-examination of Mayella. Then he adds, with polite menace, “Not yet.”

We are back in the embrace of Folsomism. Finch wants his white, male jurors to do the right thing. But as a good Jim Crow liberal he dare not challenge the foundations of their privilege. Instead, Finch does what lawyers for black men did in those days. He encourages them to swap one of their prejudices for another.

You see? Atticus is not supposed to defend a client against an unjust charge. He's supposed to indict the entire culture of the South! YEAH!

Mark this as another example of why I consider Gladwell an idiot. Any lawyer who did that, EVER, would be properly dealt with only when he'd been found liable for malpractice. Not to mention, as Thers says: it's a book! Get over it!

Actually, what led me to this righteous rant is the other problem this country has had since before the Articles of Confederation, and that is the conviction that while we are "one nation, indivisible," some parts of that nation just aren't quite as, well, "correct" as other parts. And while this is undoubtedly true, statements like the quote below make me want to recall the halcyon days of the "Southies" in Boston rioting when their schools had to be integrated. It happened a good decade after my Southern East Texas high school was integrated (and no, we did not go quietly into that good day, either; but neither did we riot to the point it made national news):

In July 2010, we might be more comfortable with an Atticus Finch who was less compassionate toward his racist neighbors. In explaining people and events to his young daughter, Scout, Finch noted that these were not bad people (even though some did want to commit violence against blacks), just misguided.

From where we sit today, this attitude is both ludicrous and offensive. One can't distill "not bad" from what is clearly bad. But, then, who is to say that Lee thought otherwise? Sometimes truth is better received through a reflex of recognition than by a blow to the head. Remember, too, Finch was trying to explain a hateful world to a child in terms familiar in the church-going South: Hate the sin, love the sinner.

I know it's not quite as egregiously stupid as Gladwell, but still... Let's start at the end, and work backwards. First, "Hate the sin, love the sinner" is a phrase I heard in my mid-adulthood, not in my childhood. I grew up at the other end of the era Harper Lee describes in Mockingbird, but I doubt either of us ever heard that insipid phrase, or were told to apply it to anybody. We might have been told to love the repentant sinner, but distinguishing sinner from sin? That would be like knowing the dancer from the dance; we wouldn't be able to begin to know how to do that. And the rigid Calvinism that lay behind much of the Christianity of the American South would consider such an idea yet another sin, if not an outright heresy. So let's lay that aside and begin to peel this back a little further, shall we?

Yes, Atticus is trying "to explain a hateful world to a child." But then, I remember my parents lamenting my grandfather's free use of the "N" word. They told themselves he used it because it was the word he grew up with, not because he had any animosity toward blacks. And he didn't; no overt animosity, anyway. Today I see clearly that the word designates a different class of person, and that's the problem with it. It's no different from talking about "illegal aliens", although that term is less offensive in polite company than "wetbacks" or "spics." But the meaning is the same, and it's what my grandfather meant. Was he, then, in the strictest sense, a racist? I suppose so. Should I not love him?

It's not an idle question, because Atticus is talking about friends and family he has to live with everyday. You want to wear the hair shirt of your moral superiority for all to see, you won't seem all that morally superior to anybody but yourself. You want to change the morality of a culture, of a society, you either do it by withdrawing entirely from that society and throwing stones at it from a safe distance (in the form of either your moral superiority, or critiques of the immorality of those you are safely away from), or you do it in whatever small way you can manage. You get to be Socrates in jail, or the Socrates who accepts exile. You don't do it by declaring everyone around you inferior because you find them morally dubious. He who is without ANY sin can cast that first stone, and just because you may have purged your soul of racism doesn't mean you are a paragon of virtue.

As for ludicrous and offensive: I remember the crowds screaming at black faces as schools were integrated under court orders. I not only saw the pictures of such crowds, I was in the middle of them a time or two, on my own high school campus. I didn't think much of the people who were screaming, but it was only my adolescence that let me imagine I was, in any way, morally superior to them. Martin Luther King was, ultimately, right; as is Atticus; as was Nelson Mandela: if we go around pointing fingers of blame at everyone we deem blameworthy, we eventually form a circular firing squad of sorts. Sure it's better to imagine that "today" we expunge the racists from our midst and cast them into the outer reaches where there is wailing and gnashing of teeth: but try telling that to the "tea parties," who are gleefully calling the NACCP "racist." But the fact is, we can go on pointing out who is insufficient to be in "our" group, or we can embrace the vision:

I have a dream that one day this nation will rise up and live out the true meaning of its creed: "We hold these truths to be self-evident: that all men are created equal."

I have a dream that one day even the state of Mississippi, a desert state, sweltering with the heat of injustice and oppression, will be transformed into an oasis of freedom and justice.

I have a dream that my four children will one day live in a nation where they will not be judged by the color of their skin but by the content of their character.

I have a dream today.

I have a dream that one day the state of Alabama, whose governor's lips are presently dripping with the words of interposition and nullification, will be transformed into a situation where little black boys and black girls will be able to join hands with little white boys and white girls and walk together as sisters and brothers.

No mention there of expunging the racists from the South, of shipping them off to their own state or country. The message is about transformation, and Dr. King was right: we really can't do both. We can't claim moral superiority and end immorality. Which was the great lesson of Atticus Finch, the lesson above all that Scout learned that summer.