Tip-toeing through the racism 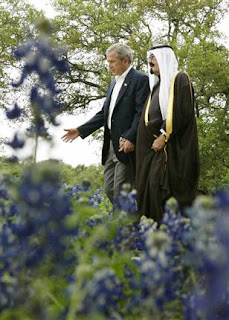 And I made it clear that all Americans have to be careful not to let fears lead to the violation of anyone’s constitutional rights, be it to build a mosque, carry the Koran or drive a New York cab without the fear of having your throat slashed. Bill and I argued after I said he has to take care in the way he talks about the 9/11 attacks so as not to provoke bigotry.

This was an honest, sensitive debate hosted by O’Reilly. At the start of the debate Bill invited me, challenged me to tell him where he was wrong for stating the fact that “Muslims killed us there,” in the 9/11 attacks. He made that initial statement on the ABC program, "The View," which caused some of the co-hosts to walk off the set. They did not return until O’Reilly apologized for not being clear that he did not mean the country was attacked by all Muslims but by extremist radical Muslims.

I took Bill’s challenge and began by saying that political correctness can cause people to become so paralyzed that they don’t deal with reality. And the fact is that it was a group of Muslims who attacked the U.S. I added that radicalism has continued to pose a threat to the United States and much of the world. That threat was expressed in court last week by the unsuccessful Times Square bomber who bragged that he was just one of the first engaged in a “Muslim War” against the United States. -- There is no doubt that there's a real war and people are trying to kill us.

Notice the lacunae? It's right there:

I took Bill’s challenge and began by saying that political correctness can cause people to become so paralyzed that they don’t deal with reality. And the fact is that it was a group of Muslims who attacked the U.S. I added that radicalism has continued to pose a threat to the United States and much of the world.

He left out what he said, however:

Well, actually, I hate to say this to you because I don't want to get your ego going. But I think you're right. I think, look, political correctness can lead to some kind of paralysis where you don't address reality.

I mean, look, Bill, I'm not a bigot. You know the kind of books I've written about the civil rights movement in this country. But when I get on the plane, I got to tell you, if I see people who are in Muslim garb and I think, you know, they are identifying themselves first and foremost as Muslims, I get worried. I get nervous.

Put that back in, suddenly his whole defense looks, and smells, quite a bit different.

The President of Iran never appears in public in "Muslim garb," and yet he is often presented (in the Western press) as one of the most dangerous Muslims in the world. The Royal Family of Saud always appears in "Muslim garb," and yet Mr. Williams never expressed any fear of seeing the last President walking through the Texas bluebonnets holding a Saudi prince's hand. The majority of the world's Muslims are Asian, yet I doubt Mr. Williams is appalled by their "Muslim garb," or ever sees them as "identifying themselves first and foremost as Muslims." Indeed, I wonder what he thinks of the Muslims living in Africa? Would it be racist for a white man to say he feared African Muslims and their "Muslim garb"?

Mr. Williams offers a "full throated" justification of his statement, without ever saying what his statement was. Apparently there is no defense for it, anymore than I could defend a public pronouncement that young black men scare me because young black men attacked a family member many years ago (they don't scare me, by the way). I suppose that could be a "Shirley Sherrod" moment for me, as Mr. Williams now wants this to be for him; but that would depend on the context. Ms. Sherrod never shied away from what she said. Mr. Williams would prefer not to recount what he said.

QED, Mr. Williams. Your statement was racist, and the cost to you is signing a new multi-million dollar contract with FoxNews. I hope that isn't too harsh a punishment for you.

A brief addendum: Brit Hume claims Juan Williams was a "Bill Cosby liberal" (huh?), and his firing is evidence of NPR's racism. Obviously, I disagree, but it's interesting how we redefine "racism" to be whatever we want it to be (and to the extent I am guilty of that sin here, I can only say "Mea culpa.") More interesting is the argument NPR screwed up by firing Williams, that he has been made a martyr. Well, maybe; for all of 15 minutes he's a martyr.

Is this whole topic starting to sound like the "Ground Zero Mosque" that wasn't? It is to me, except I think the shelf life of this tempest in a teapot won't survive the weekend. Whatever happened to that mosque, anyway? It lasted as a controversy just beyond August, but then everyone moved on, and the sure sign of the end of the Republic as we know it became something nobody much cares about anymore. All the clamor to move the Muslim community center in order to "be fair (and balanced!)" faded, and the center continues, I presume, to raise money and plan for construction.

The same dynamic is at work here. Did callers refuse to pledge because of this firing? I know people who refused to pledge because Williams was on NPR. So it goes. Mr. Williams is enjoying his moment in the spotlight, wallowing in his shame and humiliation at actually being fired ("Where's my 15 minutes?", I hear many people asking, "and do I get one for each job I was fired from?"). Me, I never thought he added anything valuable, and I'm glad he's gone. I don't dislike E. J. Dionne or even David Brooks as much, but I could do without them, too.

I'd be more than happy for NPR to get back to straight journalism, and leave all the "news analysis" to cable TeeVee, where they devote whole programs and networks to it. But then, I'm curmudgeonly, and grow more so as I get older.