The Future Is Not What It Was 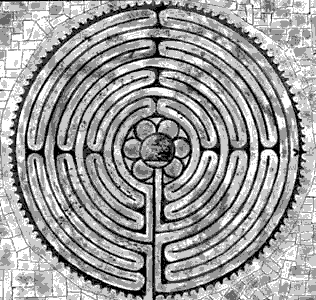 The problem with reading science fiction that "predicts" the future is that it always gets the future wrong, in laughable ways.

William Gibson's Johnny Mnemonic, for example, has six megabytes of storage in his head. Megabytes! If I can't put a terrabyte in my pocket by now, I can put several gigabytes in there in one drive. I know an intern at an engineering firm. They measure their hard drive capacity in terrabytes, mostly to hold the computer programs they need to compute the data they give it, and design what they have to design. That's terrabytes for one computer, not shared among several.

Of course, I can remember when megabytes was a very large storage capacity. But then, I'm old; not quite as old as William Gibson, but almost.

And Michio Kaku was just on BBC World Service, confidently predicting the world 100 years from now, when we would (finally!) have god-like powers. Apparently Stuart Brand was wrong in the '70's, and we haven't yet become as gods, but Professor Kaku assures us that we finally will. He made this prediction by saying that our grandparents would consider us wizards if they could see what we take for granted today. Well, I guess. Except I've met people who could be my grandparents; people who remember when the area I live in was farmland, and transport was by horse and buggy, and light came from kerosene lamps. We lived like that (well, the lights, not the horses) after Hurricane Ike took the power out for 10 days. It occurred to me at the time that the people who lived here when the area was rural, would have picked up the branches and trees (as we did) and continued with life almost undisturbed (as we did not). They could go to work; I couldn't. Everything was closed. Without powerlines, we were not wizards: we were helpless. We were stuck. At night it got dark, and it stayed hot, and we had to run generators that roared like motorcycles just so we could watch TeeVee; mostly because we didn't know what else do to.

How wizardly was that? How god-like? And the people who remembered this area as rural, an area as urban as and suburban as any space in America today, did they marvel at what had happened? Were they overawed with our magical abilities? No, of course not. They were as alienated from each other as the rest of us. Technological power made them live longer. They no longer cured sore throat with bacon wrapped around the throat, secured by a rag soaked in kerosene. But neither did they perform magic tricks. None of us did; or do. It wasn't magic that cleaned up our yards and streets after Ike; it wasn't magic that restored our power after almost 2 weeks. There was no wizardry involved, no god-like powers invoked. 100 years after this area went urban from rural, we live more like the people in Forster's story than like the imagination of Dr. Kaku.

And I don't expect that to change much in another 100 years. The internet has changed us? So did the spice routes, and the Silk Road. So did the railroad, in the 19th century. The difference is that left a legacy that lingered for 100 years, in the lives of real people. Railroads were still important to people in my childhood; and I knew widows living on their husbands railroad pensions, well into the end of the 20th century. What legacy will the internet leave that is similar, and how much more has it bound us together than railroads did, or the telegraph, the telephone, the television? Bradbury was right: when we got cell phones, we were not improved, we were just compelled to be "in touch" even more, and to what end? None that has improved humanity one jot.

The future? Feh. In science fiction, the future is always run by tape drives or vacuum tubes or limited to megabytes. And nothing about it is improving of the human spirit; nothing about it makes us better people, more compassionate, kinder to one another, more aware of our mutual dependence. If anything, technology, communication technology especially, has fragmented us, and we have become more and more only the pictures of ourselves we can share with strangers, to prove we might actually exist. Exist; the fundamental issue of phenomenology, of existentialism, of what drove Kierkegaard to his melancholy and his vast output of writings: to solve the very modern problem of what it means to an individual to exist. That is the problem we wrestle with; that is the problem which haunts us; that is the despair that makes us sick unto death. To exist. What does it mean, "to exist"?

Will our technology tell us? Or simply make it harder for us to answer? Will our technology make us like gods? Full of power but lacking all wisdom? Armed with powerful potentials, but no richer in soul than we are now? And will that be heaven? Or hell?