Where does intelligence lead? 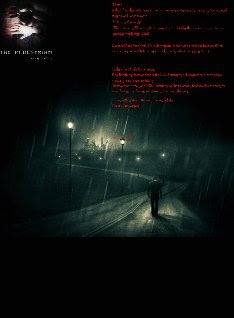 I've been re-reading old science fiction stories, stuff I read in my childhood. One thing I noticed was that the real "prophet" of the future was not the "hard" science fiction, which inevitably got technological progress wrong (it didn't foresee transistors, much less solid state circuitry, much less the "digital age.") Computers in the future still use huge reels of magnetic tape and run on vacuum tubes; Asimov posited that interplanetary flight would be done by steam (no, not steampunk. Steam.). Only Ray Bradbury seems truly prophetic: Americans go to Mars, and do to it what we did to this country. They remake the world in their image, and that image is still familiar to us. "The Fireman" and Fahrenheit 451 haven't come to pass, but the society they presented isn't so far from ours today. Bradbury foresaw lonely pedestrians in towns where nobody leaves the house at night, so engrossed in their TeeVee's are they. He also understood personal communicators (not quite cell phones, more like Dick Tracy's wrist radio) would turn us into chattering apes recounting where we were on the bus ride home (ever listen to someone talking on their cell phone? Very few of them are talking about anything but gossip and minutiae of their own lives. How much has technology really improved human society?). Bradbury, I've come to understand, focused on the human aspect of the "future," not the technological one.

But what about intelligence? What if we could make everyone smarter, make them think as we do, make them realize what is really important? What would they realize? Poul Anderson, in Brain Wave, imagined a world where the damping effect on human intelligence was removed, and everyone suddenly got smarter. How do they use it? To become more empathetic? To become better artists, statesman, philosophers, caregivers, teachers? To become more compassionate? No. They become better engineers, and abandon earth to the slow-witted, who are now as intelligent as the average person today. They take their technology and flee to new frontiers.

Clifford Simak would suppose much the same thing, as technology made it easier for people to live apart. In City he imagined a world without them, where cities were an atavism necessary for protection and communication, until protection was no longer an issue and technology could supply instant communication with 3-D projections (an improvement over flat TV screens). In one of the better stories in the book, this isolation leads to ruin when a surgeon, inured to his private estate, is too agoraphobic to leave and travel to perform surgery on a philosopher, a man whose ideas might well change humankind (although there, of course, the story turns to pure fantasy. If any one philosopher was going to change the course of humanity for the better and for all time, it would have happened by now.). His isolation, made possible by technology, has made him less human, not more human. And in the end, evolution (which always means "progress," and progress always means "better") wins out, and humans evolve intelligence great enough to, once again, leave the planet and everything on it, including their once beloved dogs, behind. To become more human is to become more intelligent and to lose call compassion or connection or concern for anyone not exactly like you.

Only two examples, but cite me one of a projected future in which people become more compassionate, more communal, more concerned with each other than with themselves.* The future is never imagined as more humane; it is only imagined as dystopia, or technological paradise. But we have seen the future, and it is more like Bradbury's vision than anyone else's:

I don't know Anthony Weiner and, like pretty much everyone else, can only speculate about why he did what he did, even after marrying a highly desirable woman. But I do know the rush of getting a text, or an instantaneous email response, or a "like" on Facebook, and realizing that someone is thinking happy thoughts about me. This feels good. Sometimes, depending on the sender, it feels really good. And however chemical-driven this reaction may be, it is easy to imagine wanting to feel that way again. And again. And ...

Therapists and religious leaders sometimes call this addiction, and I'm not qualified to say if they're right or wrong. I'm more interested in why so many perfectly decent, happily married people nonetheless engage, even fleetingly, in what we'd all like to tell ourselves is uncharacteristic, bawdy behavior. Perhaps cyber-flirting briefly eases the tedium of sitting at one's desk, day after day, trying to achieve something of value and wondering what's the point of it all. Maybe it promises comfort that someone has time for you or finds you attractive, when your spouse no longer seems to. No doubt it is, for some, a fantasy that helps one escape something -- a job, a marriage, the endless changing of diapers, that stressful commute -- that feels deadening. It helps one feel, let's face it, less lonely and afraid, more powerful and captivating. Or, in Megan Broussard's fateful word, hotttt!

Of course, besides being ephemeral, all of this soothing is utterly counterfeit, just like any other form of escapism. Visit the websites for women ensnared in electronic affairs and you'll see that they know they're being conned. Anthony Weiner surely knew this too; we all do. But loneliness, boredom, and fear persist in our everyday lives, and the old habits resurface. "Sexting is a lot less harmful than hard drinking or drug abuse," one might think. "Really, it hurts no one." But this belief too, I suspect, is false.

Francoise Truffaut caught this in his film version of "Fahrenheit 451." There is a brief scene where Linda, staying at home all day in her television room, cut off from all real human contact but thinking she's more in communication with the world than her husband, sits staring blankly while she fondles herself. There's only one sequence in the film where her husband touches her. Most of the time, she sits in front of a screen, staring and listening. Despite the easy communication of Facebook and text messages and e-mails and blog comments, it's not a human contact that is made. But it is human contacts that we want; it is human contacts that we need.

Recently the power went out in my neighborhood. The dry weather has caused trees to shed limbs, and one tree dropped a large limb on a power line. So the weather was fair outside, no stormy or windy, and everyone in the neighborhood came out to see what had happened. The result was that we actually talked to each other. I'm ashamed to say we hadn't done that before, but this isn't my parent's neighborhood, those post-war suburbs where everyone was much the same age, with kids. Some of us are old, having lived here all their lives. Some of us are middle aged, and raising our grandchildren. Some of us have no children, or they are very young. We have our separate lives, and the heat and humidity of the city keep us indoors. We prefer the technological comforts of air conditioning and the tools of communication to personal contact. We actually liked each other, we found out; but not that well. No block parties erupted as a result; no new bonds were forged. It lasted about 30 minutes.

The same thing happened when Hurricane Ike took down the power for almost two weeks. People came out to clean up their yards, to assess damage, to see who had power (no one did). Soon the generators began to roar as people closed their windows and retreated into air conditioning and the television again. The roar of generators made conversation outside impossible, and sleep inside difficult for those of us who had to keep our windows open. The only other time a crowd gathered was when the crews came to clear the trees and start to reconnect the downed power lines. Victims of our own technology, denizens of our own worlds, we couldn't wait to retreat into them again. And frankly, anyone walking down the sidewalk in front of my house is suspicious: what are they doing out at night? Why are they here? Why aren't they in a car, or at home, or somewhere else, inside?

Well, it's a big city, and there have been shootings only a few blocks from where I sit, and crime is not unknown nor an illogical concern. But I read about this life decades ago.

So what is human about intelligence? Engineering? Technology? What in modern technology has made us better humans? I agree there is little of it I would give up: but has it improved me, or people in general? And is it inevitable that it will, if we are just patient and trusting ("trust" is perhaps a clearer, less encrusted, translation of the koine Greek pistis, usually translated as "faith")? Or is it more likely technology will not change us, that we must do the hard work of changing ourselves?

Or is that just planting trees in concrete?

*I will correct myself. Moore's Utopia, which gave us the word, posits such a society; one in which the individual is subjugated to the society. Not such a stretch for Moore in a pre-Romantic era; but not one emulated since, in imagining, not "no-place," but our future.