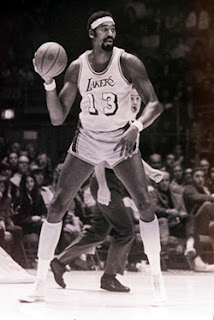 I have a burning desire to introduce Stephen Metcalf to Reinhold Niebuhr:

Another way to put it—and here lies the legacy of Keynes—is that a free society is an interplay between a more-or-less permanent framework of social commitments, and the oasis of economic liberty that lies within it. The nontrivial question is: What risks (to health, loss of employment, etc.) must be removed from the oasis and placed in the framework (in the form of universal health care, employment insurance, etc.) in order to keep liberty a substantive reality, and not a vacuous formality? When Hayek insists welfare is the road is to serfdom, when Nozick insists that progressive taxation is coercion, they take liberty hostage in order to prevent a reasoned discussion about public goods from ever taking place. "According to them, any intervention of the state in economic life," a prominent conservative economist once observed of the early neoliberals, "would be likely to lead, and even lead inevitably to a completely collectivist Society, Gestapo and gas chamber included." Thus we are hectored into silence, and by the very people who purport to leave us most alone.

Never mind the implicit invocation of Godwin's Law there (which always brings an end to every argument, or at least is meant to); Digby tells me this article is heating up the intertubes. I wouldn't know; my internet neighborhood is so far out in the sticks it's off the map. But it's an interesting article, if a bit facile (then again, it's Slate, not a philosopher's forum). And I have to admit I'm not familiar with Robert Nozick's work (a book-length response to Rawl's Theory of Justice? *Yawn!*) There are a universe of responses to any position, but I would simply respond to Nozick's position with this:

John Adams in his warnings to Thomas Jefferson would seem to have had a premonition of this kind of politics. "Power," he wrote, "always thinks it has a great soul and vast views beyond the comprehension of the weak; and that it is doing God's service when it is violating all His laws. Our passions, ambitions, avarice, love and resentment, etc., possess so much metaphysical subtlety and so much overpowering eloquence that they insinuate themselves into the understanding and the conscience and convert both to their party." Adams's understanding of the power of the self's passions and ambitions to corrupt the self's reason is a simple recognition of the facts of life which refute all theories, whether liberal or Marxist, about the possibility of a completely disinterested self. Adams, as every Christian understanding of man has done, nicely anticipated the Marxist theory of an "ideological taint" in reason when men reason about each other's affairs and arrive at conclusions about each other's virtues, interests and motives. The crowning irony of the Marxist theory of ideology is that it foolishly and self-righteously confined the source of this taint to economic interest and to a particular class. It was, therefore, incapable of recognizing all the corruptions of ambition and power which would creep inevitably into its paradise of innocency.

"Every thinking person," writes Metcalfe, "is to some degree a libertarian." Yes, but in Christianity, we call that original sin, not an original insight. The problem with libertarianism is not that it leads to false conclusions of the type even Nozick finally rejected, but that it makes a virtue of selfishness. Niebuhr (a much better choice for examining this problem than Kant, I'd say) recognizes this limitation, and also recognizes we must act to overcome it, or at least to keep it in check. The evil of losing my personal liberty is not outweighed by the evil of keeping my liberty as unchecked as possible: both ends employ the same means to reach the false conclusion of perfection (or, at least, of perfectability). In a passage that might well have been written in response to Nozick (and to Metcalfe), Niebuhr writes:

The liberal world which opposes this monstrous evil is filled ironically with milder forms of the same pretension. Fortunately they have not resulted in the same evils, partly because they are not as consistently held; and partly because we have not invested our ostensible "innocents" with inordinate power. Though a tremendous amount of illusion about human nature expresses itself in American culture, our political institutions contain many of the safeguards against the selfish abuse of power which our Calvinist fathers insisted upon. According to the accepted theory, our democracy owes everything to the believers in the innocency and perfectibility of man and little to the reservations about human nature which emanated from the Christianity of New England. But fortunately there are quite a few accents in our constitution which spell out the warning of John Cotton: "Let all the world give mortall man no greater power than they are content they shall use, for use it they will. . . . And they that have the liberty to speak great things you will find that they will speak: great blasphemies."

And Niebuhr neither limited, nor excused, the Church or the religious believers from this error:

In any event we have to deal with a vast religious-political movement which generates more extravagant forms of political injustice and cruelty out of the pretensions of innocency than we have ever known in human history.

I should note, again, he wrote those words in 1952. 59 years later, they still describe the situation America finds itself in. Good to know there's been some progress.....

Just consider that quote from Adams, against Nozick's idea of "liberty:"

Power always thinks it has a great soul and vast views beyond the comprehension of the weak; and that it is doing God's service when it is violating all His laws. Our passions, ambitions, avarice, love and resentment, etc., possess so much metaphysical subtlety and so much overpowering eloquence that they insinuate themselves into the understanding and the conscience and convert both to their party.

Nozick is, of course, asking for power; the power to preserve his liberty against all perceived challenges. And isn't that standard precisely the one that convinces us we are doing God's service when we are actually violating all of God's laws? Or at least tearing up precisely what we mean to preserve, if you prefer non-religious language? According to Metcalf, Nozick finally repudiated this position.

"The libertarian position I once propounded," Nozick wrote in an essay published in the late '80s, "now seems to me seriously inadequate." In Anarchy democracy was nowhere to be found; Nozick now believed that democratic institutions "express and symbolize … our equal human dignity, our autonomy and powers of self-direction." In Anarchy, the best government was the least government, a value-neutral enforcer of contracts; now, Nozick concluded, "There are some things we choose to do together through government in solemn marking of our human solidarity, served by the fact that we do them together in this official fashion ..."

(which, ironically, is not a great deal stronger, more persuasive, or all that different, from John Rawl's theory of justice.)

In other words, he came back to the conclusions of Adams and Jefferson. My only question is: what took him so long?

Oh....I think I know. And I dare to say religion had something to do with it; the absence, in this case; but clearly the presence, in Adams' case. Which is not to say this is a Christian nation after all; but the determined efforts to expunge all religious influence from all public discourse, efforts that began with the Enlightenment and reached their peak in 19th century Europe, especially in Anglo-American philosophy, is failing still to bear the fruit it promised.

Which is, more and more, very interesting....