Why I always thought "Freakonomics" was a scam 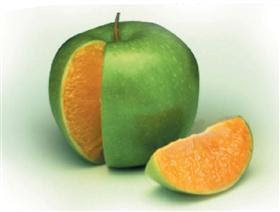 This is the latest "debate" on the intertubes (at least according to Andrew Sullivan and Momocrats). It brings to mind again that fools rush in where angels fear to tread; and not because it's a scary space, but because fools are, well....fools.

As I was saying, we've dealt with these kinds of issues before: if you make a thought experiment of it, it's easy to craft a hypothetical situation which seems too dire to allow for a rational resolution. Yet such a resolution must be found, and suddenly you feel trapped on the horns of a dilemma. That, or you are a first year law student in torts class, where no answer you give seems right, and for every rule of law you'd swear was soundly established, there is a contrary court ruling setting an entirely different precedent.

That is, until you understand torts, and law, and court rulings, and precedent. Until, in other words, you do the hard work required in learning to think like a lawyer. Which is not to say all decisions about law should be left to lawyers, but it is to say there's a reason laws are complicated, and judges and lawyers are educated, and that nobody really gets to put into action arguments about public policy as simplistic as Steven Levitt's (or, if they do, they don't stay in public office long, and the laws get repealed or ridiculed off the books). Honestly, law makes enough mistakes without being this dumb.

There is in the law, for example, the standard of the reasonable and prudent person. Lawyers will immediately recognize that fictional being has almost no relevance here, but this is for the non-lawyers, so bear with me. In trying to figure out hard situation in which justice must be done, but also in which justice must be balanced, the courts long ago recognized the concerns of society and the concerns of the individual, and sought to balance those. Thus appeared the reasonable and prudent person, who...well, here, let me give you the classic definition, courtesy of A.P. Herbert:

The Common Law of England has been laboriously built about a mythical figure-the figure of ‘The Reasonable Man’. In the field of jurisprudence this legendary individual occupies the place which in another science is held by the Economic Man, and in social and political discussions by the Average or Plain Man. He is an ideal, a standard, the embodiment of all those qualities which we demand of the good citizen. No matter what may be the particular department of human life which falls to be considered in these Courts, sooner or later we have to face the question: Was this or was it not the conduct of a reasonable man?
....
This noble creature stands in singular contrast to his kinsman the Economic Man, whose every action is prompted by the single spur of selfish advantage and directed to the single end of monetary gain. The Reasonable Man is always thinking of others; prudence is his guide, and ‘Safety First’, if I may borrow a contemporary catchword, is his rule of life. All solid virtues are his, save only that peculiar quality by which the affection of other men is won. For it will not be pretended that socially he is much less objectionable than the Economic Man.

Though any given example of his behaviour must command our admiration, when taken in the mass his acts create a very different set of impressions.

He is one who invariably looks where he is going, and is careful to examine the immediate foreground before he executes a leap or bound; who neither star-gazes nor is lost in meditation when approaching trap-doors or the margin of a dock; who records in every case upon the counterfoils of cheques such ample details as are desirable, scrupulously substitutes the word ‘Order’ for the word ‘Bearer’, crosses the instrument ‘a/c Payee only’, and registers the package in which it is despatched; who never mounts a moving omnibus, and does not alight from any car while the train is in motion; who investigates exhaustively the bona fides of every mendicant [beggar] before distributing alms, and will inform himself of the history and habits of a dog before administering a caress; who believes no gossip, nor repeats it, without firm basis for believing it to be true; who never drives his ball till those in front of him have definitely vacated the putting-green which is his own objective; who never from one year’s end to another makes an excessive demand upon his wife, his neighbours, his servants, his ox, or his ass; who in the way of business looks only for that narrow margin of profit which twelve men such as himself would reckon to be ‘fair’, contemplates his fellow-merchants, their agents, and their goods, with that degree of suspicion and distrust which the law deems admirable; who never swears, gambles, or loses his temper; who uses nothing except in moderation, and even while he flogs his child is meditating only on the golden mean.

That is a satirical definition of a fictional figure, but you get the idea. The law (common, not necessarily legislative; there is a difference) considers carefully the difficulties involved in commonly encountered situations, and seeks a way to resolve them that is as fair and just to as many as possible. What it comes up with may be easily portrayed as farcical, but that's because the basis for it is not what any one person might prefer. It is a clear attempt to set a standard that the affected community would largely find equitable, especially given the competing interests present in even the most insignificant of legal disputes.

And then there's Steven Levitt's "Daughter test;" which, frankly, is just stupid. And being stupid, it prompts stupid responses:

The question of what is acceptable to whom is a valid legislative, and even legal, question. But presuming "we" are different (hem-hem, i.e., "superior") from "them" is...need I go on? Perhaps I should, with a pertinent example:

I had a client, some 20+ years ago now, who was a former narcotics police officer. Driving to a deposition with him (on a personal financial matter, small potatoes, nothing to do with corruption or drugs or anything interesting), I asked him about the drug laws and the "drug war," then not yet 20 years old. He said that if some people could only get ahold of Sterno, they'd use that to get high. You weren't, he said, going to keep certain people from trying to get high, no matter what you did.

I suppose Kevin Drum would say those people had "impulse control" problems. Or maybe they just want to get high, and damn the consequences. I heard in passing that drug testing of wastewater indicates a higher use of methamphetamines in the U.S. than previously thought. I guess a lot of us have trouble with "impulse control."

And, of course, who pays the price for Steven Levitt wanting to treat the world like we are all his daughter? Mexico is collapsing on its northern border, and the violence is spilling into America, because of the demand for drugs in America, and the fact that they are illegal. Drug usage has not diminished, and the costs of the "war on drugs" continue to rise, with no end to the battle in sight, and absolutely no declaration of victory, however minor, in the offing. We in America blithely ignore our part in what is happening. A pipeline has two ends, and that stuff isn't being pushed north, it's being sucked here.

The law, as I said, considers carefully the difficulties involved in commonly encountered situations, and seeks a way to resolve them that is as fair and just to as many as possible. The law doesn't say: "Well, I don't like it, so you can't do it." When it does say that (as it has with current U.S. drug policy, which is a creature of the Legislature, not the common law), it creates far more problems than it solves, and even creates criminal empires where none need exist. It is not a question of impulse control, nor of what I don't want my daughter to do. It is not even reducible to a simple phrase or a simple test.

The idea that public policy should be based on how I can understand its effect on me, personally, is the nadir of the "Me Generation." It isn't, as Douthat avers, a "touch of Kantianism." There isn't even a whiff of Kant about it. It's simply stupid and mindless. But maybe that's the magical thinking that turns apples into oranges.

And in the news today an event which prompts me to publish this post: the Supreme Court has decided that the First Amendment protects minors having access to violence and gore, but not to sex. Why? Because we've always done it that way:

California’s argument would fare better if there were a longstanding tradition in this country of specially restricting children’s access to depictions of violence, but there is none. Certainly the books we give children to read—or read to them when they are younger—contain no shortage of gore. Grimm’s Fairy Tales, for example, are grim in-deed. As her just deserts for trying to poison Snow White, the wicked queen is made to dance in red hot slippers “till she fell dead on the floor, a sad example of envy and jealousy.” The Complete Brothers Grimm Fairy Tales 198 (2006 ed.). Cinderella’s evil stepsisters have their eyes pecked out by doves. Id., at 95. And Hansel and Gretel (children!) kill their captor by baking her in an oven. Id., at 54.

High-school reading lists are full of similar fare. Homer’s Odysseus blinds Polyphemus the Cyclops by grinding out his eye with a heated stake. The Odyssey of Homer, Book IX, p. 125 (S. Butcher & A. Lang transls.1909) (“Even so did we seize the fiery-pointed brand and whirled it round in his eye, and the blood flowed about the heated bar. And the breath of the flame singed his eyelids and brows all about, as the ball of the eye burnt away, and the roots thereof crackled in the flame”). In the Inferno, Dante and Virgil watch corrupt politicians struggle to stay submerged beneath a lake of boiling pitch, lest they beskewered by devils above the surface. Canto XXI, pp.187–189 (A. Mandelbaum transl. Bantam Classic ed.1982). And Golding’s Lord of the Flies recounts how a schoolboy called Piggy is savagely murdered by other
children while marooned on an island. W. Golding, Lord of the Flies 208–209 (1997 ed.).

That will undoubtedly be the money quote (or part of it) from this opinion, but this line should not be overlooked:

JUSTICE ALITO recounts all these disgusting video games in order to disgust us—but disgust is not a valid basis for restricting expression.

Unless, of course, you find sex disgusting. Which is a longstanding American tradition, so it's okay to use disgust in that situation.

All of this, of course, could violate Levitt's "daughter" test. My daughter went through a phase where she watched violent movies, the kind of thing that would literally make me sick. It was kind of odd, since she saw a video about animal butchery that put her off meat for a little while; and she faints at the sight of blood, or even when she gets an injection. But she enjoyed violent films. Should I support the ban of violence in books, movies, and video games?

I dunno. I find the whole conversation disgusting. Maybe I should support a law banning it, so my daughter never has to hear about it.