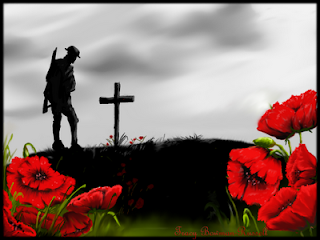 It's funny how conservative you get over time. I've come to prefer "Armistice" to "Veteran's" to label the day, maybe because "Memorial Day" has been taken over as another day to have a spasm of declaring ourselves free because we resemble Rome (with its standing army) more than we resemble Athens (with its citizen soldiers called to battle only when the need arose).

Paths of Glory is the story for today. The story of a French general ordering a suicide charge by his own troops, and then issuing a order to shell his own troops to get them out their trenches and into the fusillade of machine gun fire that would surely cut them down like so many blades of grass.

Which is the beautiful uncut hair of graves.