No wonder this man looks confused 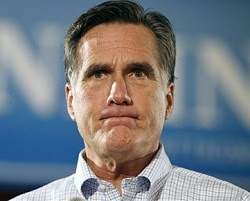 I want individuals to have their own insurance. That means the insurance company will have an incentive to keep people healthy. It also means if you don’t like what they do, you can fire them. I like being able to fire people who provide services to me.

Which would be great if, as an individual, I could have my own insurance; but I can't. I have to have the insurance my employer provides, or that I can afford. And that policy, wherever it comes from, is not "my insurance." It's an adhesion contract: I take it or leave it, and as everyone in America knows, leaving it is not really an option.

An example is the coverage of colonoscopies. Most states have provisions requiring that screening colonoscopies be covered without charge to the insured. But a "screening" colonoscopy can turn into a surgical procedure during the examination. If any polyps or other items are removed during the colonoscopy (which is the best time to do it), the procedure stops being a "screening" procedure within the terms of the law and the insurance contract, and becomes a surgical procedure. You can easily go home to find out you are paying for the procedure you thought was covered at 100%. Can you "fire" the insurance company for that? No, and you can't avoid it by "hiring" another insurance company. The terms will almost certainly be the same whatever insurance you find (and good luck finding insurance for yourself alone).

Which, not coincidentally, is precisely the kind of incentive Mitt Romney seems most clearly to understand.

Addendum: It occurs to me that this situation is precisely why economists don't like "full employment," at least not in the layperson's sense of 100%. At a mythical 100% employment, the employees run the company because they can't be fired: there's no one to replace them. So "full employment" always means a number less than 100%, so that the economy delivers the greatest good to the greatest number. But society requires health insurance for 100% of its citizenry; those who don't have insurance are covered by public hospitals, and publicly funded healthcare. We don't, after all, cruelly countenance letting the uninsured sick die in the streets, if only because of the public health issues (the issues of inhumanity are, I sometimes think, quite another matter. But I am cynical in my old age....). Health insurance is the only way to pay for healthcare, so we have an adhesion contract situation: you have to take it, because you can't leave it; not unless you want your healthcare provided in a publicly supported ER room. So we have the "100% employment" situation: you can't fire your health insurance company, and you can't replace them with one that provides more coverage with less trouble at a lower price. You're stuck, because there's not really enough difference between insurance companies to slip a piece of paper between; or your employer isn't interested in your health insurance claims problems.

Ain't utilitarianism wonderful? Maybe somebody should ask Mr. Romney about the surplus population.....