The Arc of the Universe is long.... 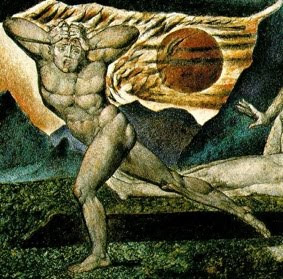 It's not that I disagree fundamentally with Dr. King's observation about the telos of the universe.

But I teach Greek tragedy about once a semester, and I tell my students the basic Greek cosmology was that logos (reason) imposed order on Chaos, and that order gave rise to what we call the universe (Creation in the Hebrew cosmology, just to make the connection). Chaos, however, was not vanquished, and inevitably will wear down order and the universe will return to its original state.

It's a theory I'm more and more inclined to, given that issues I considered settled in my childhood, like contraception, voting rights, even civil rights, are as much in contention now as they were when I was a child. Jim Crow laws were a reaction to freed blacks voting for freed blacks. Now we have an African American in the White House, so the universal fear is of who else might get elected.

It wasn't that long ago Texas, always a one-party moss-bound conservative state, was at the forefront of the "motor voter" law campaign. By the time George Will was harrumphing about such accomplishments, it was settled law in Texas. Now, the next time I vote, I'll have to show my driver's license.*

Before 1965, some voters in Texas would probably have had to pass a literacy test. Same difference.

Contraception? Ain't it obvious. Civil Rights? The University of Texas may soon stand in legal circles for the abolition of "affirmative action" in access to education, despite the fact Texas public education is still underfunded and is still unfairly funded (where you live determines the quality of the school you attend, and "vouchers" wouldn't change that for vast swathes of the state).

It's hard to say chaos doesn't win in the end. But maybe it isn't that chaos triumphs. Maybe it's simpler, and the evil nature of humanity (which ain't, at the other extreme, necessarily Satan) will always run unchecked unless people of good try to put a stop to it. After all, the question "Who sinned, that this man was born blind?" is not a challenge to the status quo, but a blank acceptance of it. The right answer is not to challenge the assumption of fault, but to ask a different question: "Who dares leave this child of God to languish in poverty, ignorance, want, disease, isolation? When all these things can and should be cured?"

The answer, in other words, is not necessarily to oppose evil; it is to not let it get a foothold. The challenge is to how we are to be (if I can express it that way), not merely to how we live, or what life we accept.

*Or maybe not, unless Texas is successful in getting portions of the Voting Rights Act declared unconstitutional (not likely, as their attack is based on the 10th Amendment, but it all sure sounds familiar all over again).