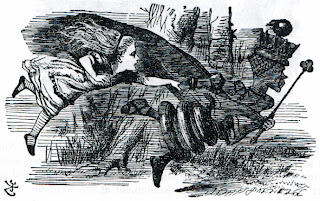 The conspiracy theory is that "Fast and Furious" was designed by the Obama Administration to provoke outrage at lax gun laws which allow a river of guns to flow to Mexico and create a backlash against lax gun laws.

When the reality of Fast & Furious is that lax gun laws allow a river of guns to flow to Mexico, and because of those lax gun laws the entire attempt to prosecute that flow of guns was impossible.

You really do have to run as fast as you can to stay in one place.....