Reinventing the Crooked Wheel out of Crooked Timber 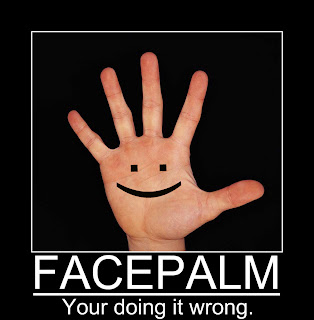 I appreciate the care and nuance of argument, and the need to recognize the subtleties involved in what look like simple situations.  But in this entire post at Crooked Timber, the word "rape" is never used.

This supposedly raises all manner of concerns, and leads (apparently; I've only read the post, not the original) to this conclusion:

in the absence of any such explanation, the impaired normative authority account is indeed committed to the conclusion that the employer does not impermissibly constrain the employee’s options and hence that the announcement is not wrong or responsibility mitigating in the way that the mugger’s announcement [your money or your life!] is. But if all of the above considerations for thinking that it would be wrong for the employer to act on the conditional intention are ruled out, this does not seem to me to be an implausible assessment of the case.


The charitable reading is that she’s an honest philosopher who has produced an account of the wrongness of coercion who is worried and embarrassed at a putative counterexample.

The simple fact is, in the real world rather than in the weirdly abstract one of the hypothetical, if this threat were carried out, if the employee had sex with the employer under such duress, it would be rape. It would be, quite simply, a criminal act.

Rape is non-consensual sex.  That's all it is.  It can be forced and brutal, the stranger-in-the-bushes-who-jumps-his-victim.  It can be the result of drugging the victim.  It can even be a case of regret later, although prosecuting that as a crime is problematic.  Morning after regrets can turn sexual intercourse into rape, because the question then is:  when can consent be withdrawn?  But rape, as an idea, as a concept, is frightfully simple:  it is non-consensual sexual contact.

Which, of course, isn't so simple; and I bring up the various issues of consent to show it could get quite nuanced in very short order.  So it isn't nuance I'm complaining of; it's the lack of clarity.  I agree with Chris Bertram that "the explanation which [Japa Pallikkathayil’s] libertarianism pushes her to – “sex wasn’t in the contract” – still strikes me as bizarre."  It strikes me as bizarre, too; because the issue is really much simpler than questions of constraining options.  The demand for sexual intercourse isn't an "impermissibl[e] constrain[t on] the employee's options."  It's coercion.  It's a question of lack of consent. It makes the issue stop being a question of sexual harassment, and start being a criminal matter.

I suppose the discussion of "coercion" is, in a way, looping around the concept of "consent."  But consent doesn't necessarily entail constraint, so the issue is not one of options, it is one of actions.  The focus on the constraint of the employee's options is misplaced.  It is not how the employer constrains the employee, but that the employer makes a demand of the employee in the first place.  That's where the legal issue of consent comes from:  is the demand (or request) accepted?  It is an issue fundamental to contract law (since Pallikkathayil brought up contracts) :  if an offer is made, it must be accepted.  Only then is there an enforceable contract.  Of course, there can be no enforcement of a contract which requires personal action by one party (such as consenting to sexual intercourse).  Such a contract can be entered into; it just can't be enforced (in simplest terms because that amounts to slavery, which is also compelled behavior without consent).

So you see, we can jargon this issue all day.  We just don't need to.  It's a simple issue:  especially in a situation analogous to an adhesion contract, where there is an imbalance in power between the parties such that it is unfair to enforce the terms of the contract against the "weaker" party, demands for sex are unacceptable; if not outright criminal.  A demand that a male employer be able to fondle a female employee's breasts would be, at the very least, assault (in civil law, an offensive contact).*  A demand for sex in return for employment, is simply a demand for rape.

The analysis really begins and ends there.  Everything is just bafflegab.  Or, as Wittgenstein put it, language games.

But even in language games, some games are more valid than others.

*The further absurdity here is that non-consensual sex or offensive contact don't even have to be labeled "sexual harassment" to be legally (or ethically) impermissible conduct.  The entire discussion of sexual harassment and rape in the original article, and even the blog post, betray a woeful ignorance of the terms being used.  And when you get the terminology so wrong, you make all manner of pointless and groundless observations which have nothing to do with reality and are...bizarre.