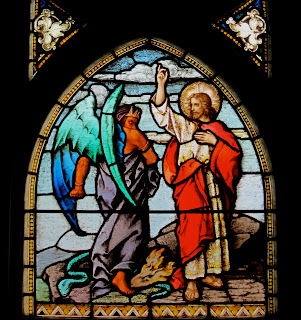 Last year, Luis Duran drove almost 200 miles to San Antonio to have a colonoscopy because he didn't want to wait six months for an opening at a county clinic.

A few days later, the doctor in San Antonio – a friend of a friend who had performed the screening for free – called to break the news that Duran, 51, had advanced colon cancer and needed immediate surgery.

Patients wait in line to get checked in at Houston's Ben Taub General Hospital (Aaron M. Sprecher/AP Images for KHN)

"I kind of broke down," recalled Duran, a machine operator whose employer had terminated his health policy.  "I said, 'Doctor, I don't have insurance, and I don't have much money, but I won't refuse to pay. Please help me.'"

And by "this," I mean the whole article; and note that the article includes this:

Texans are individualistic and value their freedoms and responsibilities, said Lucy Nashed, spokeswoman for Gov. Rick Perry, who notes  Medicaid spending is a big part of Texas’ budget.

"Individual responsibility is about making healthy choices and taking ownership of your lifestyle -- not just about buying health insurance," Nashed said. "And you can't legislate a healthy lifestyle."

With its fiscally conservative philosophy and cash-strapped state budget, Texas does not offer Medicaid coverage to childless adults unless they are pregnant, disabled or elderly. Parents of children covered by welfare are eligible for the state-federal health program only if they make no more than $188 a month for a family of three.

At the same time, the proportion of Texas workers with employer-sponsored insurance is almost 10 percentage points lower than the national average of 61 percent, in part because of the state’s high concentration of jobs in the agricultural and service sectors, which often lack benefits.

"They're hourly wage earners, nannies, [people] working in lawn care services or dry cleaning or real estate, or people working two part-time jobs and neither will pay for health care," he said. "Many are small business owners who are well-educated and well-dressed."

The problem is not too few health care providers –– although there may be a shortage of primary care doctors willing to treat Medicaid patients. Houston's hospitals are world-renowned, drawing patients from all over the globe for its highly specialized care -- primarily to those who can pay.

And try not to wish there was a hell where Lucy Nashed could spend eternity alongside Rick Perry.

It ain't no easy thing.*

*I've known people who died of colon cancer.  I'm almost moved to violence over this story.
Posted by Rmj at 8:56 PM