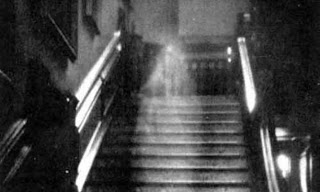 So I'm on my hobby horse about cliches we can do without.  Thinks like "Pain is just weakness leaving the body."  That one's fairly new, and it's fairly offensive.  A more familiar one is:  "That which does not destroy me makes me stronger."  Just don't drop that one in conversation in Newtown, Connecticut anytime soon.


And it's not just that a cliche like that is offensive in the wrong context, it's offensive, period.  It's a stupid idea.  So enough poison to make me sick but not kill me is a good thing?  A little mercury in my diet is not so bad?  Feh!

My latest cliche that should be tossed is the one tossed around lightly by people who think they are being scientific, or who think they know what the word "evidence" means:  "Extraordinary claims require extraordinary evidence."  Often used in discussions about the existence of God (which discussions are never conducted within the understandings of the discourse on philosophy of religion), it is meant to shut down the authority of believers by putting them on the spot, since, well, "proof" of God is a problem that goes back to Isaiah:

Yeah, like that.  "Evidence," however, is a term I am quite familiar with; to a lawyer it means something rather different than it does to a non-lawyer, even a scientist.  But a good empiricist never strays far from the proof of the evidence either, and anyone with a minimal appreciation of the complexity of the concept realizes "evidence" is not a unitary term measurable on a scale from "extraordinary" and "quite ordinary."

Much of scientific reasoning, as Kuhn established, is altered by paradigm shifts.  It isn't done by the presence of extraordinary evidence.  Einstein shifted physics from Newton by building on the work of others, not by producing sui generis his own theory which no one could deny.  Indeed, some parts of Einstein's theory have only been established in recent decades, which is not to say the physical evidence was unimportant, but the theory was accepted long before the evidence for all of it was available. There were, of course, good reasons to accept Einstein's reasoning, just as there were good reasons to accept, or at least pursue with fantastically expensive equipment and an untold number of man hours, the suppositions of Peter Higgs.  And the reasoning about the Higgs Boson is not fully accepted until enough evidence is present to establish it, but the finding of evidence always follows the theory; it is seldom the other way around.  Reasoning leads to conclusions, not observations alone.

This has been true in Western thought since Socrates, who from argument alone established the idea of the immortal soul, and idea that may have no post-Enlightenment merit, but which as proven durable across the centuries nonetheless.

Science simply doesn't shift because of "extraordinary evidence," and it never has.  Science shifts because of reasoning, as Kuhn showed.  It shifts in part because evidence accumulates that supports a new claim, but it also shifts because reasoning leads to the search for evidence that supports a new claim.  Extraordinary evidence is never available, because what is "evident" or even "evidence" depends upon a claim to establish it.  Evidence does not walk up, shake your hand, and explain to you what it is in terms of current scientific reasoning.  Reasoning looks for, and eventually finds, the evidence.

For example, when I was a child, there were two kingdoms in the Linnean system of classification:  animals and plants.  Viruses were known, when I was in elementary school, but they had no language of "genetic material" to describe them, and I remember one theory that wasn't rejected out of hand, was that viruses might be proof of extraterrestrial life, because they didn't fit the classification system of "life" that science had established.  Well, now, of course, we know viruses are quite terrestrial.  We also know there are five kingdoms, not two.  Because we discovered variant life forms never accounted for when I was a child?  No, because we finally let go of the old classification system by realizing its limitations and errors.  Did extraordinary evidence lead to this massive change?  Evidence of what:  the existence of algae and fungi?  No; observation and reasoning led to the conclusion that just because a living organism didn't seek its food, it wasn't necessarily a "plant."  It might have been an extraordinary claim, when I was a child, to say that fungi were not plants; but it didn't take extraordinary evidence to establish it.  It just took a reconsideration of the system of classification.

Science is full of such changes, and never relies on "extraordinary evidence" to establish a claim.  If anything, science relies on careful examination of its own reasoning (and it's a good thing, too!).  Which brings me to the relationship of evidence to the law.

In a court of law, nothing is taken for granted.  If you want to establish that it was raining on a day important to the facts of the case, you need to bring acceptable records of atmospheric conditions for that day.  You need even to establish your client's identity, their relationship to other witnesses, even the smallest details of their story.  Any claim made in a court of law is subject to proof by evidence, and in a very literal sense every claim of fact, however small and "ordinary" it may be, is treated as "extraordinary" in a court of law.  Not because it must be established beyond any reasonable standard (and what constitutes "evidence" is a complex set of determinants, not all of them clearly established rules), but because it must be established at all.  If we can return to Kierkegaard's example of the prisoner on trial, the prosecution must establish not that the person on trial exists, but that he is the criminal guilty of the crime.  This does not rest on "extraordinary evidence," as it does on TV or in the movies.  It rests on a great deal of tedious and minute evidence, the kind that makes trials last for weeks, not minutes.  Even then, of course, we don't establish the truly extraordinary claim: that the criminal exists.  To do that, we have to establish a working definition of existence.  The best Descartes could do was "Cogito, ergo sum."  And he only stopped at the cogito because he quite reasonably reasoned that to wonder if he weren't thinking at all, if even his own self-awareness by knowing his thoughts was an illusion, would lead to a reductio from which there was no escape.  That way, he concluded, lies madness; and that would lead him to no conclusion at all.

To establish the existence of any scientist, then, for example, would require extraordinary evidence indeed; starting with the criteria for establishing existence at all.

Science never proceeds from the proof of "extraordinary evidence."  It proceeds from extraordinary reasoning (the "paradigm shift") to identify evidence in light of the new paradigm, much as a court of law examines evidence relevant to a case, but limits evidence subject to consideration to that which is deemed relevant to one theory or another presented by the case.  "Extraordinary" evidence doesn't establish anything outside an accepted paradigm, because it isn't taken as evidence within that paradigm.  If it is accepted, it isn't "extraordinary," it is consistent with the paradigm in effect.  If it isn't consistent with that paradigm, it isn't evidence.  I can, for example, present all manner of "extraordinary evidence" which I claim established the reality of ghosts.  But since no scientific paradigm (well, not in physics; perhaps in anthropology) accepts the claim of an immortal soul which can exist apart from the body, such evidence will never be accepted as proof that ghosts are, in fact, real.  Such evidence will always be explained in ways that support the existing paradigm.  Which doesn't mean ghosts are, in fact, real; it just means acceptance of their reality means stepping out of the existing scientific paradigms, or radically shifting those paradigms.  Whether that has to happen, or ever happens, would require, among other things, a re-definition of the subjects of science, and how science understands, and so explains, the world.  If science ever has to accept the reality of ghosts, or of an immortal soul, the currently accepted thinking is that it would break science to do so.

(And do ghosts exist?  I dunno.  Depends on how I examine the evidence....)