And who will write love songs for you? 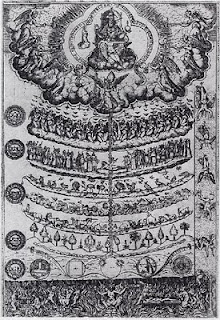 Some party hack decreed that the people
had lost the government's confidence
and could only regain it with redoubled effort.
If that is the case, would it not be be simpler,
If the government simply dissolved the people
And elected another?

I want to rather dangerously tie this quote to the discussion of the state of the Protestant Christian church I've started.  I say "dangerously" not because this will be deliberately provocative and place me above the fray as I set off bombs that can't reach me, but dangerous because the whole venture may blow up in my face and make me wish I'd never offered this point in the discussion.

There is a point, though, in any church struggle with tradition and theology (again, where tradition is usually defined as "We've always done it this way!" and extends little beyond memories of childhood and who gets to put the Christmas decorations up where in the church, and theology is defined as "What I've always believed") where it becomes a question of who's in charge here?  It can seem to the laity that they have lost the confidence of the clergy, or the theologians, or more likely the seminary professors that send such foolish pastors to them (or such female pastors, or such gay pastors, etc., etc., etc.).  I've actually encountered church officials (and in a church with almost no official authority above the congregation, that's quite a feat!) who seemed to think like the Brecht quote:  that the people simply needed to be made to understand, with redoubled effort by the clergy, the rightness of the national church's position on gays, or marriage, or the death penalty, or ordination, or communion, or language (that last was a minor but not unimportant concern of the Session of FPC Houston.  I had that battle fresh out of seminary myself, and eventually realized it wasn't one worth fighting.)

Which is to say, I have some sympathy for the sentiments of the ruling class (that is what it is, no reason to be shy about it) at FPC Houston, or any Protestant church similarly situated..  Change is hard, and sometimes it is wholly unnecessary.  And often it comes because someone insists on it, not because it apparently needs to.  However, in the case of the complaints of FPC Houston and other Protestant churches, it needs to.

But you can't dissolve the congregation and elect another; so what to do?

Let's go back to why FPC, et al., need to change.  It is because the argument that homosexuality is a sin which bars such persons from being pastors is simply a chimera.  Marriage is not, for Protestants, a sacrament, so "living in sin" without the benefits of marriage is a bit of a false argument.  Protestants decided centuries ago that marriage could as well be handled by the state as by the church, which removed all clerical authority from the matter, especially after we separated church and state here in America.  The argument is made, nonetheless, but I wonder how many pastors are questioned about whether or not their marriage was in a church, or in a judge's chambers, since Protestants make no distinction between the two.  Marriage, for Protestants, is a wholly civil function.  Which makes the argument by Protestants against gay marriage doubly awkward.

Certain churches might decline to perform certain marriages, but the state will allow any couple not banned by law (such as by too close a degree of consanguinity, or too young) to marry, regardless of race, nationality, or religious background.  Protestantism ceded that ground to the state centuries ago, as I say.  It's a bit late now to complain if the state wants to move on to allowing same-sex marriages, except as a political matter (it won't happen in Texas anytime soon, but I suspect it will, eventually, happen).  Now, does that mean Protestant churches must accept gay pastors into their pulpits?  Well, no, congregations cannot, and should not, be forced to accept anything, but especially not a pastor they despise on such grounds (it's unfair to the pastor, as well).  But what is the argument for rejecting such persons?  Ultimately, it's that homosexuality is icky, or gross, or that such persons simply offend the sensibilities of some individuals.  All the rest is just window dressing.

Are homosexual pastors living in sin?  According to the basic Christian doctrine of sin stretching back to Augustine (who taught not only the Roman Catholic church, but through the Augustinian monk Martin Luther, the rest of Protestantism), we are all sinners living in a state of sin.  Augustine's insight was to confess this state of affairs, to admit it and accept it was irrevocable.  It was the awareness of the pervasiveness and omnipresence of sin which drove Luther to such despair he finally had his great insight about justification through faith by grace.  Luther never claimed to be worthy of the salvation whose doctrine he formulated; he simply claimed to accept it by faith.  So, if sin's effect is only dissolved by faith in the grace of God, who among us is truly free of sin?  All we are free of is the damnation that sin brings.  And who among us can claim to live so worthy a life as to deserve this grace?  To make any such claim is to commit the sin of hubris, if nothing else.

But does even that sin wipe out salvation?  Now we venture into gradations of sin, another arena Protestants are loathe to enter.  The very idea of rehabilitation of criminals began with the Quakers, based on the very Christian idea that while all have sinned and fallen short of the glory of God, salvation is equally always available to all.  Can one sin put a sinner beyond the reach of God's redemption?  Can a refusal to stop sinning do so?  And how, even if we are devoted disciples of Augustine's doctrine of salvation, can we ever stop sinning, when it is hubris (a sin) to imagine we have ever done so?

So what we are down to with the complaint that gays and lesbians cannot be pastors because they live in a state of sin, is that we have decided this is the only unforgivable sin.   If someone wants to seriously argue that a gay couple is equivalent to an unrepentant pederast, serial rapist, or serial murderer, I wish them luck with that argument.  I would agree those latter categories were unsuited to the ministry, but I would agree more on the grounds such person haven't the personal skills for such a difficult task long before I'd agree they were unfit because they are so determined to wallow in their sin.  But that is the argument presented against gay pastors:  that, like serial killers or child molesters, they won't stop doing what they do.  They may be otherwise perfectly qualified, but still.....

Except what they "do" as gay persons is not done to someone against their will; it is not an exercise of power; it is not a practice of abuse.  The calling to the ministry is a difficult enough calling that several personality types should never be allowed near it; but simply being gay or lesbian is not a valid criteria for exclusion; any more than being female, or blue eyed, or African, or Asian, or Hispanic, or even Irish, is.  Is what homosexuals do a "sin"?  Even if it is, how does that sin set them apart?  Is it a special sin, a more heinous sin?  Do we, as Protestants, really want to start grading "sin"?  I'm not saying we can't, but if we are going to, we need to start with a better system than picking certain "sins" as worse than others because it is so convenient to us to do so.  FPC says it is has been opposed to positions of the PCUSA for over 35 years, but the only position it openly complains of is the ordination of gays and lesbians.  If that is the dividing issue, what would the stance of FPC be to a pastor in an interracial marriage?  Where did they stand in 1967 on that issue, before the Loving decision?  I know people who still think interracial marriage is wrong just because they grew up thinking it was wrong.  How much respect are we required to give that opinion?

In the end these issues do matter to people, but the question is:  should they?  A Protestant church is free to accept an African American in their white church pulpit, but will they do so?  Outside of the Pentecostal movement, which was a distinctly interracial movement at least at one time (and hopefully still is, but I don't know), Protestant churches especially are still strongly segregated, and nothing about the changing culture is changing that.  (Even as I type that I realize there are probably exceptions among non-denominational churches built around the personalities of the pastors of those congregations, but I think that is still the exception that proves the rule.  Perhaps I am wrong, and my experience is too limited and behind the times.)  It certainly isn't changing it in the churches FPC represents for this discussion.  Should it change?  Yes.  Will it change?  It will if the congregation wants it to.  Can anyone force that change?

On the other hand, can we continue to accept a group of people into society, while simultaneously telling them "Sorry, here you are not allowed, here you are not worthy"?  On what grounds do we do that?  Gender?  Skin color?  Sexual preference?  I know some Christian churches (and not just the Church in Rome) exclude from the ministry on the grounds of the first; I know most still exclude on the grounds of the last.

But I find both grounds for exclusion indefensible.  Now, who do we fire?  The government?  Or the people?