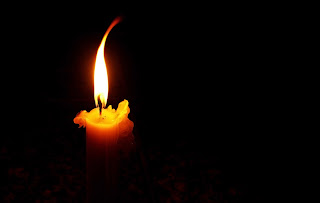 Advocates on both sides of the gun control debate are prepared to make a lot of noise about the future of gun regulations in the wake of the Newtown, Conn. shooting. That’s the message from the first of House Democratic gun violence pointman Mike Thompson’s violence-focused town halls this week.
...
“It’s not the guns that kill people,” an area firearms instructor said, according to the Register. “A magazine has never killed anybody either. If you’re mentally ill and you’re going to kill somebody, you’re going to kill somebody.”

It may just be me, and not popular opinion, but that argument sounds completely worn out.  Does anyone seriously think the massacre at Newtown could have been carried out with a knife?  Or a hammer? Even the idea that guns don't kill people doesn't really have any traction anymore. Not after Alex Jones and Wayne LaPierre put a face on opposition to gun control.

Not that this sentiment is uniform.  Utah is one of two states which allows teachers to carry concealed weapons in the classroom, and Utah seems to be the hotbed of interest in arming teachers in the classroom.  Which says more about the impact of Newtown than it does about danger in Utah schools:

It wasn’t unusual for Kevin Leatherbarrow to hear gunshots during the school day while teaching at an inner-city high school in Buffalo, N.Y.

Counseling students who lost classmates or relatives killed by violence on the city’s tough east side was part of his job description. He witnessed fights on school grounds between students who’d come to school armed. One day, when a student threatened to kill him after becoming angry over a routine classroom issue, Leatherbarrow decided it was time to arm himself: He obtained a permit that allowed him to carry a gun.

Two years ago, Leatherbarrow accepted a job at a charter school in Utah, where he signed an agreement stating he wouldn’t carry a weapon to school as part of his teaching contract.

But there’s discussion among him and his colleagues and administrators that maybe that policy needs to change, especially in the aftermath of a mass shooting at an elementary school in Newtown, Conn. earlier this month where 20 children and six teachers were killed by gunman Adam Lanza before he killed himself.

Leatherbarrow, whose job at a high school so far comes with much less violence than his prior career in Buffalo, is among Utah teachers who favor the idea of carrying guns to school. He is encouraging his co-workers and other Utah teachers to attend training in West Valley City on Thursday offering free concealed-weapons permit courses and mass-violence response training to educators.

"We’re trapped. We’re just fish in a barrel," said Leatherbarrow of feeling vulnerable to a potential situation like that which unfolded in Newtown. "After this shooting, it’s not unreasonable to say we are all looking at this [school security] as ‘We really have a problem.’ It’s being brought to our higher-ups and even though [administrators] are sending out emails saying "we are safe" ... the schools are not safe. They’re just not."


Actually, according to Mother Jones and my own quick Google search, teachers in Utah are perfectly safe.  There's been only one mass shooting in Utah in the past 30 years, and that was in a shopping mall in Salt Lake City.  Maybe we should consider arming retail staff in Utah.

Still, the fact that the NRA is showing up at the White House at all could be seen as an acknowledgment of gun control momentum by the nation’s largest gun lobby. The NRA rejected a White House invitation in March 2011 during a brief discussion of new gun regulations following the shooting in Tucson, Ariz. in January of that year.

“Why should I sit down with a group of people who have spent their life fighting the Second Amendment?” LaPierre told the Washington Post after the 2011 invitation.

But LaPierre hasn't spent his life "fighting" for the Second Amendment; he's spent his professional career lobbying for gun manufacturers.  The NRA clearly understands its power is in the legislature; and that power is not even strong among the people:

At the gun buyback, gun-rights advocates held signs reading "Cash For Guns" and "Pay Double for Your Guns." As cars pulled into the parking lot, they asked drivers if they wanted to sell their guns privately rather than turn them in. There were few takers.

That gun buy back was in Tucson, Arizona; not "liberal" New York City.  It was on the two year anniversary of the shooting of Gabby Giffords and several other persons, in Tucson.  And while the local NRA threatened to sue under Arizona state law, claiming the police had to resell the guns, not destroy them,  the 205 weapons turned in were destroyed the next day.  The NRA didn't even try to get a TRO (temporary restraining order) to stop the destruction, instead vowing to change the Arizona law.

And then two things happen today as I'm working on this.  One:  the NRA comes out of its meeting with Joe Biden still ranting about the sacrosanct nature of the 2nd Amendment:

"We were disappointed with how little this meeting had to do with keeping our children safe and how much it had to do with an agenda to attack the Second Amendment," read the statement. "While claiming that no policy proposals would be “prejudged,” this Task Force spent most of its time on proposed restrictions on lawful firearms owners - honest, taxpaying, hardworking Americans."

"It is unfortunate that this Administration continues to insist on pushing failed solutions to our nation's most pressing problems," it continued. "We will not allow law-abiding gun owners to be blamed for the acts of criminals and madmen. Instead, we will now take our commitment and meaningful contributions to members of congress of both parties who are interested in having an honest conversation about what works - and what does not."


While in California a student was proving that the right to bear arms does not incorporate the right to fire them at people:

As Vice President Joe Biden held a press conference announcing the progress of the White House's gun violence task force on Thursday, news broke that there had been two people shot in a school shooting in California. The news grimly underscored the urgency -- and difficulty -- of addressing the problem of mass gun violence.

At 12:32 p.m. ET, KABC in Los Angeles tweeted, "#BREAKINGNEWS Report of shooting at Taft High School in city of Taft, Kern County. At least 1 victim, students being evacuated." Other outlets were quickly spreading word of the shooting as well.

At that moment, Biden was reading off the list of stakeholders in the gun violence debate with whom he had met, saying there was "no single answer" to such a "complicated problem.

By the time you read this more may well be known about this shooting.  At the moment, we know the shooter was a 16 year old student who used a 12 gauge shotgun.  We also know the armed guard who would normally have been at the school was "snowed in" and not present for the shooting.  Which may turn out to have been a good thing:

A Taft, Calif., school teacher and a campus supervisor talked a shooter into surrender on Thursday, the AP reports. At least two people were shot and the suspect is reportedly in custody.

Had another teacher and a campus supervisor not talked the shooter down from firing more rounds, Youngblood stressed, the situation could have been far worse. Youngblood estimated that some 20 additional students were had been at risk. Police arrived at the scene a minute after the first calls came in at 9:00 a.m. PST., and the suspect was in custody by 9:20 a.m.


I don't even know which number incident this is since Newtown; but none of this is adding up favorably to the NRA's extreme and increasingly untenable position.  Connecticut Senator Richard Blumenthal has already floated the idea of controlling access to ammunition, which he rightly calls the "black hole" of this discussion.  Gen. Stanley McChrystal made the rounds of talk shows recently noting the caliber and muzzle velocity of "assault weapons," making the argument such weapons belong on the battlefield, not in our schools.

I await the arguments on how the 2nd Amendment assures one of access to unlimited ammunition, and to guns that spit out a 5.56 mm round at 3000 fps and a rate of fire little distinguishable from the "tommy guns" of the old gangster movies.

I wonder if Mr. Lapierre will argue those Warner Bros. classics made us as violent then as "Natural Born Killers" does today.  And then explain why we didn't have any mass shootings of schools and shopping areas until relatively recently.