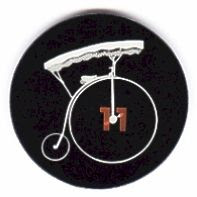 I've mentioned before Derrida's analysis of democracy, how it bears the seeds of its own destruction, how it is most threatened, not from outside, but from inside. Which is not to say the threat is nefarious "sleeper cells," but simply the idea that democracy is not strong enough to withstand, well, "democracy."

Perhaps this is the moment to recall an example that would appear particularly symptomatic of the current situation we have been discussing regarding Islam and democracy, namely, what happened in postcololnial Algeria in 1992 when the state and the leading party interrupted a democratic electoral process. Try to imagine what the interruption of an election between the so-called rounds of balloting might mean for a democracy. Imagine that, in France, with the National Front threatening to pull off an electoral victory, the election was suspended after the first round, that is, between the two rounds. A question always of the turn or the round, of the two turns or two rounds, of the by turns, democracy hesitates always in the alternative between two sorts of alernation: the so-called normal and democratic alternation (where of one party, said to be republican, replaces that of another be equally republican) and the alternation that risks giving power, modo democratico, to the force of a party elected by the people (and so is democratic) and yet is assumed to be nondemocratic.... The great question of modern parliamentary and representative democracy, perhaps of all democracy, in this logic of the turn or round, of the other turn or round, of the other time and thus of the other, of the alter in general, is that the alternative to democracy can always be represented as a democratic alternation. The electoral process under way in Algeria in effect risked giving power, in accordance with perfectly legal means, to a likely majority that presented itself as essentially Islamic and Islamist and to which one attributed the intention, doubt with good reason, of wanting to change the constitution and abolish the normal functioning of democracy or the very democratization assumed to be in progress.

The Algerian government and a large part, though not a majority, of the Algerian people (as well as people outside Algeria) thought that the electoral process under way would lead democratically to the end of democracy. Thus they preferred to put an end to it themselves. They decided in a sovereign fashion to suspend, at least provisionally, democracy for its own good, so as to take care of it, so as to immunize it against a much worse and very likely assault....[T]he hypothesis here is that of a taking of power or, rather, a transferring of power to a people who, in its electoral majority and following democratic procedures, could not have been able to avoid the destruction of democracy itself."

This "sending off" Derrida labels the "renvoi," the "sending as emission, as a mission that puts one on the path, the sending as legacy....Renvoi as reprieve or deferral as well as exclusion, at the same time murder and suicide....To immunize itself, to protect itself against the aggressor (whether from within or without), democracy thus secretes its enemies on both sides of the front so that it's only apparent options remained murder and suicide; but the murder was already turning into suicide, and the suicide, as always, let itself be translated into murder."

So democracy may sovereignly suspend itself in order to preserve itself; a paradox that may, under certain circumstances, be a necessity. But consider the example of "A Clockwork Orange." In Kubrick's film (and not necessarily Burgess's novel, which I read a few decades ago), Alex the thug is a cultured, violent, amoral monster who is finally imprisoned and subjected to the tender mercies of the state. Thanks to the "Ludovico Technique" he is "reformed," largely through aversion therapy which teaches his body, if not his mind, to react to sex and violence (and the 9th Symphony of Ludwig Van) with feelings that amount to the sickness unto death. Of course, prison is a fairly useless enterprise, where Alex hones his skills of sycophancy (something the prison guards and governor understand about him all too well). The Ludovico technique, it turns out, works all too well, and Alex becomes what he made his victims into: a helpless pawn in the hands of those more powerful. It is the manipulations of Alex which finally win him some freedom in the end, some measure of equity with the powerful who exploit his symbolism. And therein lies the real lesson of the film: government is all about symbolism, because through symbolism, governments manipulate power.

Now regard the words of Mike McConnell this morning on NPR:

"We can't do this mission without their help," he said. "Currently there is no retroactive liability protection for them. They're being sued for billions of dollars."

He said the lawsuits are causing them to be less cooperative and that their actions are not illegal.

"The Senate committee that passed the bill examined the activities of the telecom companies and concluded they were not violating the law," he said.

If the current law were extended while the House and Senate work out their differences, there would be no retroactive protection for the companies, McConnell said, "and we'd lose the capability to protect the country."

Freedom is essentially the faculty or power to do as one pleases, to decide, to choose, to determine oneself, to have self-determination, to be master, and first of all matter of oneself (autos, ipse). A simple analysis of the "I can," of the "it is possible for me," of the "I have the force to", reveals the predicate of freedom, that "I am free to," "I can decide." There is no freedom without ipseity and, vice versa, no ipseity without freedom--and, thus, without a certain sovereignty. (Derrida, Rogues, p. 22)

What Mr. McConnell is telling us is that we can longer afford such freedom, that the right to seek damages in a court of civil jurisdiction, a right that goes back into the dim reaches of English history and descends to us through English common law, must now we abandoned in the name of "national security."

We must never forget that this portrait of the democrat associates freedom or liberty (eleutheria) with license (exousia), which is also whim, free will, freedom of choice, leisure to follow one's desires, ease, facility, the faculty or power to do as one pleases. Plato says this explicitly....

But what allows me for the moment to formlate things in this way by making reference to Plato is what the Republic itself draws our attention to just after the passage on the democratic man and his freedoms, eleutheria and exousia. Insofar as each person in this democracy can lead the life he chooses, we find this this regime, this polteia...all sorts of people, a greater variety than anywhere else. (Rogues, pp. 23-24)

Freedom and license, of course, are the issues in "A Clockwork Orange." The government finally curtails Alex's freedom and license to engage in "the old ultra-violence," but the only way they can do that is to engage in violence themselves. The government's solution is power: the use of power to destroy Alex's will. The complaint of the prison chaplain is the closest the film comes to having a moral voice:

Prison Chaplain: Choice! The boy has not a real choice, has he? Self-interest, the fear of physical pain drove him to that grotesque act of self-abasement. The insincerity was clear to be seen. He ceases to be a wrongdoer. He ceases also to be a creature capable of moral choice.

Minister: Padre, there are subtleties! We are not concerned with motives, with the higher ethics. We are concerned only with cutting down crime and with relieving the ghastly congestion in our prisons. He will be your true Christian, ready to turn the other cheek, ready to be crucified rather than crucify, sick to the heart at the thought of killing a fly. Reclamation! Joy before the angels of God! The point is that it works.

The preferred justification of governments throughout time: "The point is that it works!" And when it doesn't, as the Minister assures Alex at the end of the film, an investigation will be conducted, and blame assessed.

License, then, is the problem, and the point is: government must use power in order to curtail license, to control freedom. So, for the Bush Administration, the license of individuals to sue must be abrogated in order to preserve...what? Our way of life? But isn't that license the keystone of our "way of life"? To preserve us from attack, then. But where is the evidence this destruction of what is fundamental to our way of life is necssary to protect that way of life? In the name of national security, in a case where every piece of information that travels electronically is subject to review by the government only with the compliance of corporations, we must ride roughshod over our basic legal rights in order to protect ourselves from prospective terrors. NPR ran a story just after the McConnell interview, in which the government asserts its right to examine any traveller's computer for possible terrorist information based solely on suspicions of the citizen's heritage, or where they have journeyed; and not only to scour your electronic data, but to have a complete itinerary of where you went, where you stayed, and who you talked to. Why? Well, because your 4th amendment right ends at the border, that's why. And it doesn't even exist within these borders, because, McConnell explained, modern technology has erased borders. Electronic communications outside the US can be intercepted inside the US, so the government argues it must be free to examine all electronic communications, because you never know when a terrorist might be on the phone. Or when a US citizen might be travelling back from meeting with terrorists, so all privacy and individual rights must be abandoned in order to be sure we are safe.

Even our right to sue for damages, to hold private actors liable for their deeds, must fall to the need to be safe from a hypothetical, theoretical, possible or even impossible, "act of terrorism." We cannot be too careful. Now our own government is making that argument. What madness is this?

In order to save our freedom, the government tells us, we have to destroy it. Our government is trying to send us on a mission, to put us on a path we should never walk down without knowing precisely what the cost will be. The government wants suicide to be translated into murder, and is even telling us this is what must happen if we are to live. It is being presented in the name of security, but it is actually the only thing government ever wants when it wants to be free to pursue its own interests: power. Those in power are simply hungry for more. Which, now, are we to be more afraid of? The terrorists, who want to use their power to make us leave them alone? Or the government, who wants to take power, and asks us to leave them alone to get on with it?