Thoughts on War and Peace 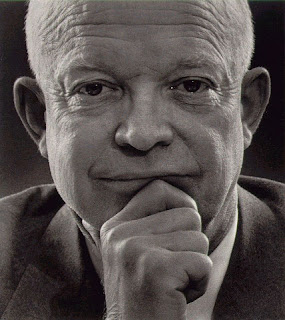 "There is no state whose leader does not wish to secure permanent peace by conquering all the universe."--Immanuel Kant, 1795

"Sometime they'll give a war and nobody will come."--Carl Sandburg, 1936

"War hath no fury like a noncombatant."--Charles Edward Montague, 1922

The way chosen by the United States was plainly marked by a few clear precepts, which govern its conduct in world affairs.

First: No people on earth can be held, as a people, to be enemy, for all humanity shares the common hunger for peace and fellowship and justice.

Second: No nation's security and well-being can be lastingly achieved in isolation but only ineffective cooperation with fellow-nations.

Third: Any nation's right to form of government and an economic system of its own choosing isinalienable.

Fourth: Any nation's attempt to dictate to other nations their form of government is indefensible.

And fifth: A nation's hope of lasting peace cannot be firmly based upon any race in armaments but rather upon just relations and honest understanding with all other nations.

In the light of these principles the citizens of the United States defined the way they proposed to follow, through the aftermath of war, toward true peace.

This way was faithful to the spirit that inspired the United Nations: to prohibit strife, to relieve tensions, to banish fears. This way was to control and to reduce armaments. This way was to allow all nations to devote their energies and resources to the great and good tasks of healing the war's wounds, of clothing and feeding and housing the needy, of perfecting a just political life, of enjoying the fruits of their own free toil.

The Soviet government held a vastly different vision of the future.

In the world of its design, security was to be found, not in mutual trust and mutual aid but in force: huge armies, subversion, rule of neighbor nations. The goal was power superiority at all costs. Security was to be sought by denying it to all others.

The result has been tragic for the world and, for the Soviet Union, it has also been ironic.

The amassing of the Soviet power alerted free nations to a new danger of aggression. It compelled them in self-defense to spend unprecedented money and energy for armaments. It forced them to develop weapons of war now capable of inflicting instant and terrible punishment upon any aggressor.

It instilled in the free nations-and let none doubt this-the unshakable conviction that, as long as there persists a threat to freedom, they must, at any cost, remain armed, strong, and ready for the risk of war.

It inspired them-and let none doubt this-to attain a unity of purpose and will beyond the power of propaganda or pressure to break, now or ever.

There remained, however, one thing essentially unchanged and unaffected by Soviet conduct: the readiness of the free nations to welcome sincerely any genuine evidence of peaceful purpose enabling all peoples again to resume their common quest of just peace.
....
Every gun that is made, every warship launched, every rocket fired signifies, in the final sense, a theft from those who hunger and are not fed, those who are cold and are not clothed.

This world in arms in not spending money alone.

It is spending the sweat of its laborers, the genius of its scientists, the hopes of its children.

The cost of one modern heavy bomber is this: a modern brick school in more than 30 cities.

It is two electric power plants, each serving a town of 60,000 population.

It is some 50 miles of concrete highway.

We pay for a single fighter with a half million bushels of wheat.

We pay for a single destroyer with new homes that could have housed more than 8,000 people.

This, I repeat, is the best way of life to be found on the road the world has been taking.

This is not a way of life at all, in any true sense. Under the cloud of threatening war, it is humanity hanging from a cross of iron.

These plain and cruel truths define the peril and point the hope that come with this spring of 1953.