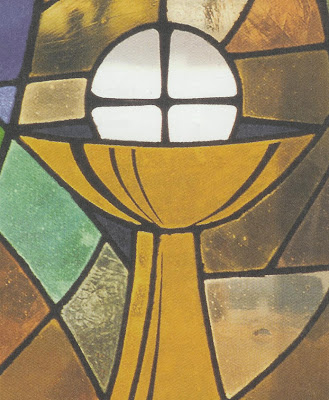 The problem with arguments about "religion v. science" on the Intertubes is that you get really stupid comments like this from people who present themselves as knowing better:

There’s a lot of theological hokum that means that they’re not 100% on board, which is to be expected, because religious power-holders realize how big a threat science is to religion, and therefore to their power.

This all got ginned up because PZ Meyers is an idiot with absolutely no understanding of pychology, sociology, or anthropology. Funny that when the question of "holiness" is applied to Native American burial grounds or aboriginal sites, I doubt Mr. Meyers would object to leaving such places alone, or to returning objects taken from them to the people who claim ownership of them. At least I doubt he'd say "They're just bones! Get over it!" And if he did, would Amanda Marcotte defend him?

But the issue, of course, is the response of Bill Donahue. First, though, let's get back to the event that started all of this (long ago lost, now, in the kerfluffle this has become in left blogistan):

A church leader was watching, confronted Cook and tried to recover the sacred bread. Cook said she crossed the line and that's why he brought it home with him.

"She came up behind me, grabbed my wrist with her right hand, with her left hand grabbed my fingers and was trying to pry them open to get the Eucharist out of my hand," Cook said, adding she wouldn't immediately take her hands off him despite several requests.

Diocese of Orlando spokeswoman Carol Brinati said she was not aware of anyone touching Cook. She released a statement Thursday: "... a Catholic Campus Ministry student representative filed a complaint with the Student Union regarding the behavior of the two young men. A Student Government Representative called Catholic Campus Ministry to apologize for this disruption."

Cook filed an official abuse complaint with UCF's student conduct court regarding the alleged physical force. Following that complaint, Brinati said church members filed their own official complaints of disruptive conduct. Punishment for either offense could result in suspension or expulsion.

I'm not even sure what Cook's true motivation is in this matter. He said:

"When I received the Eucharist, my intention was to bring it back to my seat to show him," Cook said. "I took about three steps from the woman distributing the Eucharist and someone grabbed the inside of my elbow and blocked the path in front of me. At that point I put it in my mouth so they'd leave me alone and I went back to my seat and I removed it from my mouth."

But then he is also quoted as saying:

"The church feels that I'm the problem here," Cook said. "The problem is actually that this is a publicly-funded religious institution. Through student government here, we fund them through an activity and service, so they're receiving student money."

Cook is upset more than $40,000 in student fees have been allocated to support religious organizations on campus for the 2008-2009 school year, according to student government records. He denied he is holding the Eucharist hostage to protest that support.

Not sure if the two are even connected, except by the reporter. Anyway, those are the facts of the matter.

This isn't the stupid part yet. He walked off with a cracker that was put in his mouth, and people in the church fought with him to get it back. It is just a cracker!

I can't verify Meyers's assertions that Cook received death threats over this, because the link Meyers gives no longer has any stories posted to it. But we'll accept that he didn't make up the quotes he puts in his post; I can only say nothing of "death threat" or Catholics worldwide being upset by this, appears in the story I've linked, through Meyers' other link. So maybe there's something in the "missing link" about church officials "fighting" with Mr. Cook; but any assertion of physical contact even appears to be in dispute at this point. Seems like a scientist would want to take that kind of information into account.

Or maybe it's just lawyers who pay attention to such details.

Anyway, we could start with the irony: "It's a goddamned cracker." Get it? "Goddamned," from an atheist? Wit, right? And it's "just a cracker!" Right. That's an understanding opinion. And bones removed from a Native American burial site are just bones, right? Anything that any group considers sacred is just a thing, and should not be respected, right? Do we really want to apply that standard to public conduct?

But he's responding to the death threats, and the howls of anger from Bill Donahue, and Mr. Meyers found out that if you poke a snake with a stick, it will attack you. If you are detecting a lack of sympathy on my part, you are correct.

PZ Meyers and Bill Donahue deserve each other. Each has taken a minor and insignificant incident, a matter of disrespect and violation of something held sacred by a group (and any anthropologist would gladly point out to Mr. Meyers that he has his own "holy," that which must remain unscathed, which he would as vigorously defend; I presume Mr. Meyers would at least respect the opinion of another scientist), and turned it into something of cosmic significance. That's what Bill Donahue does all the time, and it's not a career to aspire to. So they deserve each other. Both seem to think that only their opinions should be allowed, and only their opinions should rule the behavior of others. Both prefer exaggeration and calumny to reasoned discourse and examination of facts.

And all that's been accomplished is that people like Amanda Marcotte are stirred to write stupid and baseless statements about religion v. science. Yes, the church is generally more interested in power than in spirituality; but that battle is seldom carried out on the frontier of science v. religion. That battle might have had some meaning back when the Church actually had power in society, but that power, compared to its power in Europe or even Puritan New England, is today weak tea indeed. Besides, that fight is so old and tired that my theology professors regularly scoffed at the reality of the miracles of Jesus reported in the Gospels, if only because as matters of history they cannot be verified, and so were relegated to the realm of mythology. That is not a battle with science, that is the acceptance of science. Which is another argument entirely, but please: if you don't know what you're talking about, don't assume you do.

Good advice for PZ Meyers and Bill Donahue, too. They should both go away and leave the rest of us alone.