Thoughts on a Sunday morning 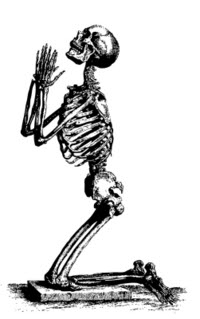 Idle scratchings, really; not quite the sermon it should be.

One Sabbath Jesus was going through the grainfields, and as his disciples walked along, they began to pick some heads of grain. The Pharisees said to him, "Look, why are they doing what is unlawful on the Sabbath?"

He answered, "Have you never read what David did when he and his companions were hungry and in need? In the days of Abiathar the high priest, he entered the house of God and ate the consecrated bread, which is lawful only for priests to eat. And he also gave some to his companions."

Then he said to them, "The Sabbath was made for man, not man for the Sabbath. So the Son of Man is Lord even of the Sabbath."

Another time he went into the synagogue, and a man with a shriveled hand was there. Some of them were looking for a reason to accuse Jesus, so they watched him closely to see if he would heal him on the Sabbath. Jesus said to the man with the shriveled hand, "Stand up in front of everyone."

Then Jesus asked them, "Which is lawful on the Sabbath: to do good or to do evil, to save life or to kill?" But they remained silent.

He looked around at them in anger and, deeply distressed at their stubborn hearts, said to the man, "Stretch out your hand." He stretched it out, and his hand was completely restored. Then the Pharisees went out and began to plot with the Herodians how they might kill Jesus.

Is there a danger in taking the gospels as history, instead of as polemics? If we have to settle for one of those two extremes, then the gospels are clearly polemics. The word sounds harsh, but the gospels are not meant as objective accounts. They weren't written for us. They weren't put down imagining we would still be reading them 2000 years later, in a culture as alien to that of 1st century Palestine as ours is to theirs.

So we read Mark, or listen to it, and we imagine the evil of the Pharisees, the narrow-mindedness. What we don't do is imagine ourselves as the Pharisees. The polemic makes it clear: they are bad, and we are good. But history makes one thing clear, one thing that polemics obscure: we've been through this before. And one more thing: people like us were the problem then, and we are the problem now.

HIstory, you see, is humbling. Polemic is self-justifying. Polemic is an assault, a defense, and argument and you can't make an argument without talking, without opening your mouth. And we all know, when your mouth is working, you ears aren't. "Those who have ears had better listen!," is a favorite phrase of Jesus: History bids you listen; and when you listen to history, you hear something about yourself.

Are the Pharisees, after all, so wrong? If someone came to your church on "Communion Sunday" and, during the communion, took two or three cups from the tray as it went down the pew, or grabbed the chalice and took a big swig, or grabbed a handful of bread from the loaf, and proceeded to make a meal of it, to smack loudly and contentedly and generally show no reverence for it all, would you look kindly on them? If they were a stranger, you might politely look away. But if they were a member, someone who has come to your church for 20 years, someone who should know better? If they were a Sunday school teacher? A visiting pastor? Would you not at least go home and talk among yourselves and say: "Did you see what he did? Did you see that?"

We like to say the Pharisees had "degenerated" into legalism and boundary setting. It's a dangerous view, because the modern rabbis we may at least respect, are descendants of the Pharisees. Our view of the Pharisees is polemical, as is our view of Jews. Before the Holocaust, Jews were little regarded; after the Holocaust, we see the Jews very differently. But both are polemical views, not historical ones. Which is not a criticism of Jews but, you see, our view now is polemical. We aren't objective; we are influenced either before by "Christ killers," or now by "Never forget!" And both have their tilt, their distortions. So, too, we condemn the Pharisees; because of the polemic of the gospels. What we don't see in these stories, is that we are Pharisees ourselves. We prefer law over love, letter over spirit. We don't want to work on our hears, we usually prefer to work on our boundaries. Love, you see, is without limit. Law sets limits; and we like that. Law cuts off our obligations, ends our responsibility, puts us in power over others. Love creates obligation, extends our duties almost infinitely, and makes us powerless before others. That, at least, is how it appears; that love ultimately makes us powerless. And so we shy from love, and turn to law. Then we write our own polemic, our own arguments, and keeping our mouths busy we keep our ears closed. We don't hear Jesus say: Love the Lord your God with all your hear, and all your mind, and all your soul. And love your neighbor as yourself." We don't hear the call to actively love. We don't open our hearts, we open our mouths. We distance ourselves from the Pharisees, so we don't have to see how much like them we are, how easily we take the easy way we condemn them for taking. How much easier is it to say "Thou shalt not!" than to ask "for whom was the Sabbath made?" We argue that their laws are bad, while ours are good, are reasonable, are necessary.

After all, if your church only has communion one Sunday a month, then that for you, is the law. Others may celebrate a eucharist every Sunday, but that is not for you. That is what sets you apart, makes you different, makes you...right, doesn't it? And the Pharisees were set apart, were different, were right, because they followed rules they had divined as most important, because they had laws they were sure made them right. And we are not like them because....? But those laws make us who we are. They tell us how to behave in worship, how to conduct ourselves. Laws are good. They make us who we are. We know how to worship, too. That's a law. It makes us who we are. Laws are good. We need them. But we are just like the Pharisees. We always need to consider that the law is good for, and when it is good for us, and not for them, then we have stopped worshipping God and loving God and neighbor; and we have started worshipping the law. That, says the polemic of the gospels, is the sin of the Pharisees. And it's true: it is a sin; but it is just as easily our sin, as it is the sin of the Pharisees.

And we have to remember the lesson of Paul, that great Pharisee by his own admission: that the letter of the law kills, but the spirit of the law brings life. So law is good: as long as we worship God, and not the law.
Posted by Rmj at 11:06 AM